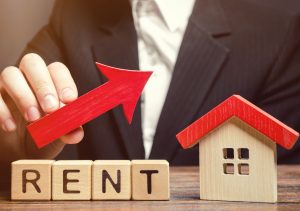 The streak continues: as affordability concerns begin to price some buyers out of the purchase market, the latest data from the rental market shows that tenants are experiencing double-digit rent hikes as well.

According to Realtor.com’s year-end Monthly Rental Report, December saw rents increase for the sixth month in a row, led by surges in major metropolitan areas such as Miami, where rents increased by 49.8% year-over-year to $2,850.

"On average in 2021, national rents were more than 10% higher than in 2020. As our December report further illustrates, this average understates the wild ride that the rental market, and many renters, experienced in 2021. Rents started the year roughly flat and gained incredible momentum throughout the year, hitting double-digit yearly pace by summer and continuing to surge through December," said Realtor.com Chief Economist Danielle Hale. "While yearly growth is still strong, monthly growth cooled in December, which is typical for this time of year and not expected to last. With rents already at a high and expected to keep going up, rental affordability will increasingly challenge many Americans in 2022. For those thinking about making the transition from renting to buying their first home, rising rents will remain a motivating factor even as for-sale home prices and mortgage rates continue to climb." 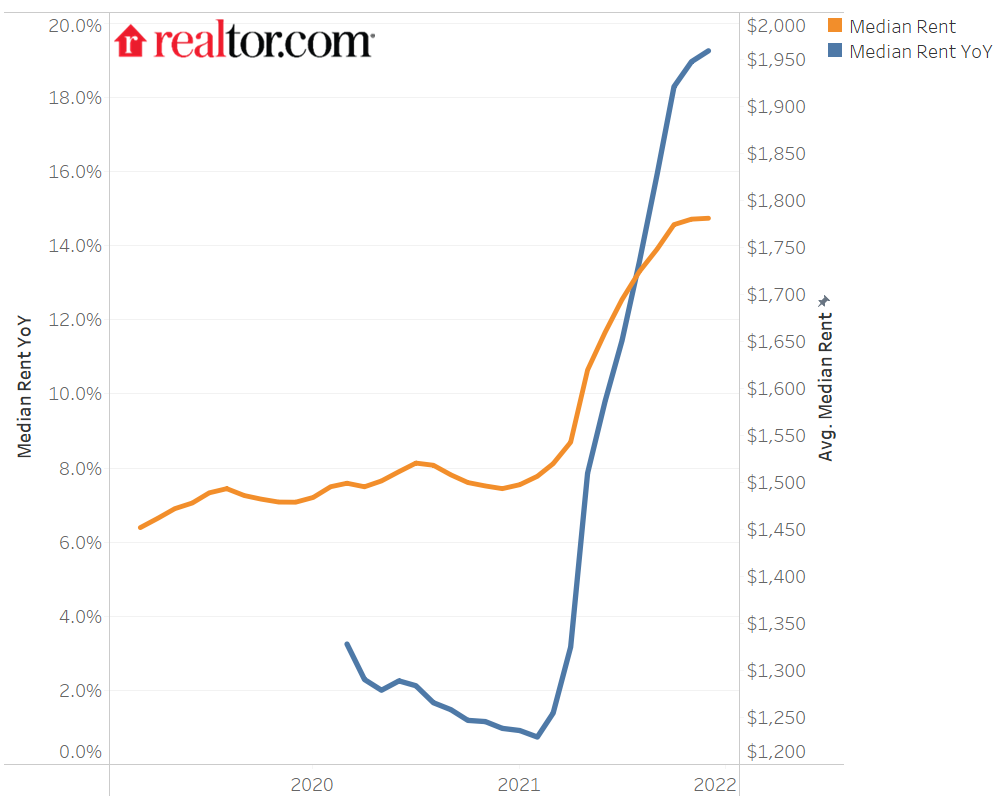 While rent prices did appear to level off a bit in December—as is typical for the season—it should be noted that trends over the course of the month indicate that a shift in demand has occurred trending towards smaller rental units. Now that COVID-19 protocols are loosing and workers are returning to the office, studio and one-bedroom apartments are being snapped up faster than larger units near city centers where these types of units are prevalent.

Looking back at the year as a whole, the rental market took consumers on a wild ride: the first two months of 2021 saw shallow rent growth, which slowly recovered until the summer when rent prices started increasing at double-digit rates.

“The early gains were led by secondary markets and larger units, driven by the migration of big city renters to smaller rental markets where budgets stretched further,” the report said. “Even as the big city rental recovery began, as reported in September, the 2021 surge in secondary rental market popularity and prices continued, and helped offset slower early-year growth. As a result, the average pace of growth in overall U.S. rents closed out the year at more than five-times faster than in 2020.”

But according to the report, one of the key takeaways is the increases seen in small- to medium-sized metropolitan areas as the year’s fastest growing rental markets were all outside of major tech-hubs driven by COVID-19 related moving trends.

“Comparatively, big tech cities dominated the 2021 list of slowest-growing rental markets, with average rent growth across these 10 metros ending the year at just 2.0%,” the report continued. “However, 2021 data shows big city rents recovered significantly from sharp drops earlier in the year, with average rents declining in just two of the bottom 10.”

"Regardless of where you live, renting is generally more expensive now than in prior years,” Hale continued. “However, expected income growth could give renters more negotiating power—especially if you continue to have workplace flexibility. Those able to work big city jobs while living in secondary metros are still likely to find more affordable rental options than in the biggest tech cities. Take the example of Tampa—despite being one of the fastest-growing rental markets in 2021, the December median rental price ($2,038) remained significantly lower than in a big northeastern city like New York ($2,670)."

The top-10 markets for rent increases in December are:

Looking ahead, Realtor.com predicts that the 2022 rental market will continue to see strong growth—forecasting annual growth of around 7.1%—due to continuing demand and supply imbalances along  with higher interest rates and rising home prices.

Click here to view the report in its entirety, including breakdowns for the top-50 metropolitan areas.