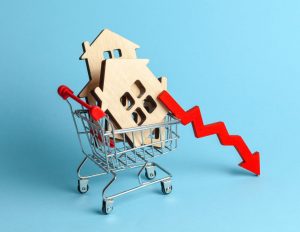 According to the National Association of Realtors, pending home sales fell in December, indicating two straight months of declines. Existing-home sales are also expected to decline by 2.8% in 2022, and home prices are expected to increase by 5.1% due to the ongoing housing shortage.

The Pending Home Sales Index, a forward-looking indicator of home sales based on contract signings, fell 3.8% to 117.7 in December. Year-over-year, transactions decreased 6.9%.

As December's slowed in transactions, Yun said that last year was an overall great period for housing in terms of sales and price appreciation and projects, and that the market may see a “minor reduction” in sales while mortgage rates continue to rise. He forecasts the 30-year fixed mortgage rate to jump to 3.9% by Q4 and existing-home sales to drop by 2.8% to 5.95 million units.

With December marking a third straight month of increased home construction, Yun expects housing inventory to continue improving and contribute to slower home price growth in 2022. He predicts that housing will begin to rise to 1.65 million units and home prices will increase 5.1%.

"The combination of a more measured demand and rising supply will bring housing prices better in line with wage growth," said Yun.

Realtor.com's Hottest Housing Markets data in December showed that out of the largest 40 U.S. metros, the most improved markets over the past year were Orlando-Kissimmee-Sanford, FL; Tampa-St. Petersburg, FL; Jacksonville, FL; Dallas-Fort Worth-Arlington, TX; and Denver-Aurora-Lakewood, CO.

All four major U.S. regions reported both month-over-month and year-over-year drops in contract activity. Pending home sales transactions in the South slid 1.8% to an index of 145.2 in December, down 3.9% from December 2020. The index in the West decreased 10.0% in December to 95.0, down 16.2% from a year prior. 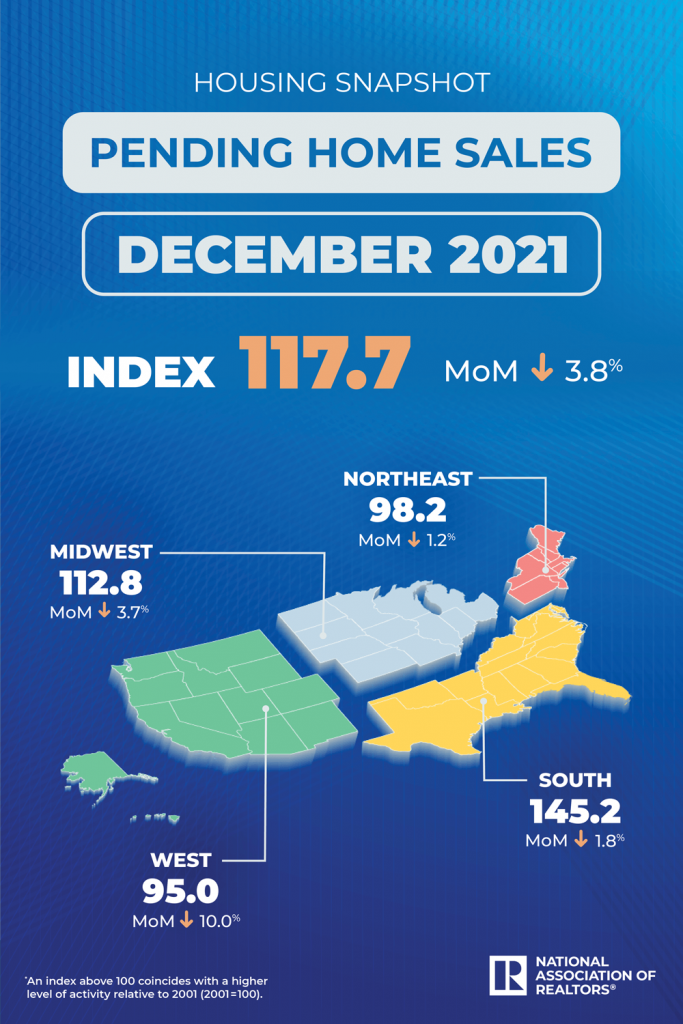