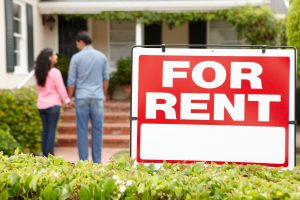 The lull in the rental market seen at the onset of the pandemic is all but a distant memory as rents have surged by double digits over the past few months indicating that the rebound, in part, is caused by the lack of inventory in the purchase market.

According a new report titled “Americas Rental Housing 2022” for the Joint Center for Housing Studies at Harvard University (JCHS), the rough number of households that rent across the country stands at 44 million, an 870,000 household increase from the first quarter of 2020 when the COVID-19 pandemic began. This increase in demand also pushed the rental vacancy rate down to 5.8%—the lowest seen since the mid-1980s—while demand for professionally managed units increased by 13.8%. 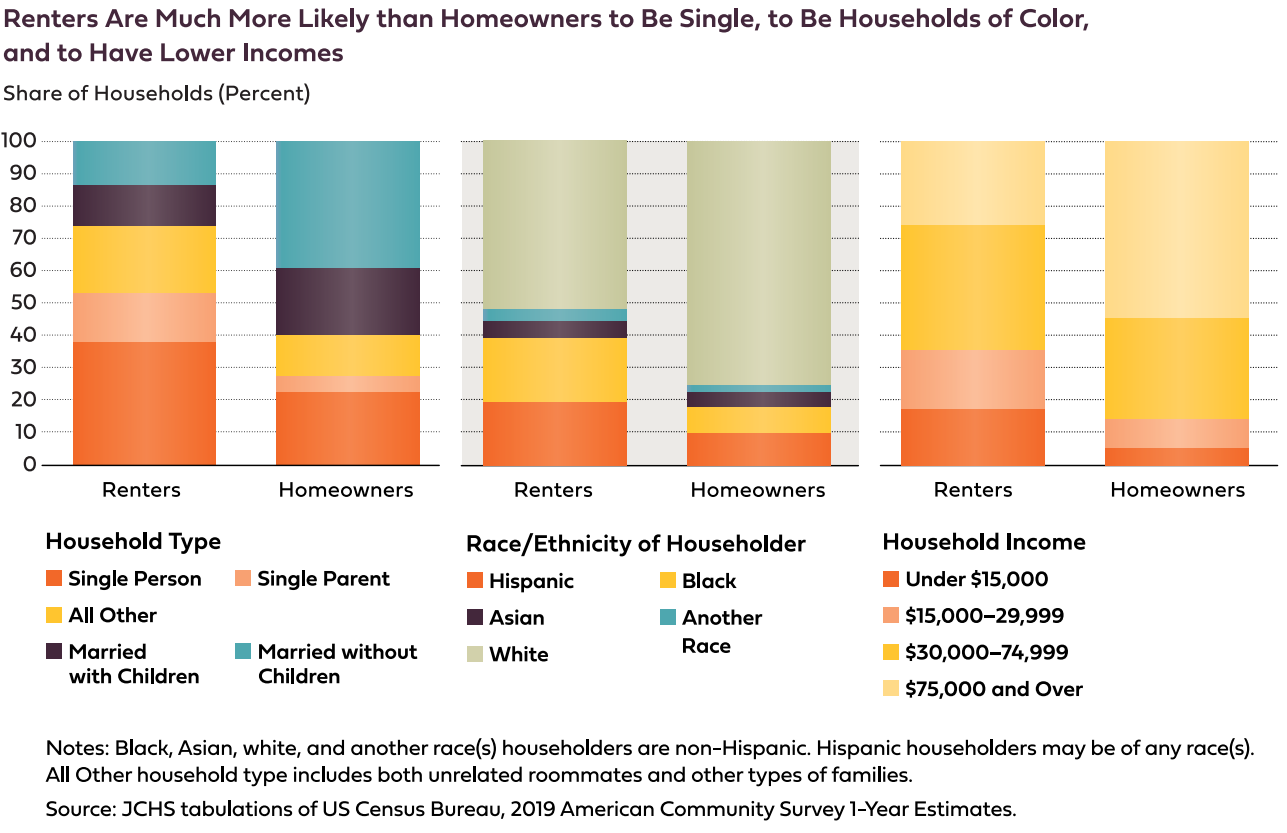 “This disparity reflects long-term discrimination in labor markets that has consigned many households of color to low-wage jobs in the service industry, and this sector suffered the most drastic employment cuts over the past two years, which has only compounded existing inequalities,” wrote Whitney Airgood-Obrycki, a Research Associate at JCHS.

The report goes on to state that higher-income households are also putting pressure on the rental market as homes become less affordable due to would-be buyers remaining in the rental market for longer periods instead of moving into a house.

This is also leading builders to create more high-end apartments instead of much needed affordable options. Through November 2021, new multifamily housing starts reached a 30-year high of 466,000 units, exceeding the previous annual pace of about 350,000 units.

It should be noted that low-cost rentals are disappearing as large, multi-family units become increasing prevalent. The number of rental units costing less than $600 per month fell by 3.9 million units between 2011 and 2019 while the median asking price for rent for a newly-completed unit in 2021 increased to $1,715. 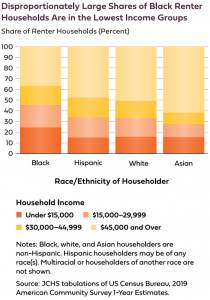 The group of 44 million Americans that rent are a diverse group that included people of all backgrounds, incomes, and family types. Still, data shows there are still deep divides in this group.

The report found that renters are traditionally younger than their home owning counterparts; on average, renters were found to have a median age of 42, while homeowners were 57. Adults under 35 comprised one-of-three rental households, while renters over 65 accounted for one-in-six.

“In addition, the share of renter households headed by a person of color (48%) is almost twice that of homeowner households (25%),” the report said. “High rentership rates among households of color reflect longstanding disparities in access to homeownership, including discriminatory lending, legal, and real estate practices.”

According to the Department of Urban Development’s definition of low-income (earning no more than 89% of the adjusted area median income), 61% of all renter households are at or under this threshold.

While the JCHS was able to identify the shortcomings and disadvantages that plague low-income and renters of color, they suggested that more needs to be done to fix our current national housing policy.

“This is a pivotal moment for national housing policy. The pandemic has brought the long-simmering rental affordability crisis to the fore, and the current administration supports large-scale investments in both new and existing rental housing, as well as in subsidy programs,” Airgood-Obrycki concluded. “By creating a comprehensive, well-funded housing safety net, the nation has the opportunity to pull millions of households out of poverty, address longstanding inequities in housing delivery, and ensure that every household has access to a decent and affordable home.”