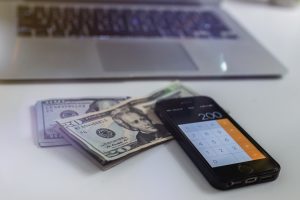 The report showed that, nationwide, on the typical sale, home sellers in 2020 socked away a home-price gain of $68,843; up from $53,700 in 2019 and $48,500 two years ago. In fact, profits parachuted in more than 90% of housing markets with enough data to analyze. The latest figure--based on median purchase and resale prices--marked the highest level in the United States since at least 2005.

Digging a bit deeper into the weeds, compared to the original purchase price, the $68,843 profit on median-priced single-family homes and condos represented a 34.7% return on investment. That’s a rise of 29.4% last year and 27.2% in 2018, to the highest average home seller return on investment since 2006.

For nine years in a row, raw profits and ROI have escalated across the country. Meantime, the gain in ROI last year—which jumped more than five percentage points—was the widest annual increase since 2017. Profits? Well, all signs pointed upward as they bulged as the national median home price bulged

In the midst of this activity, among 132 metropolitan statistical areas with a population exceeding 200,000 and sufficient sales data, residents in western states were ahead of the game. With concentrations on near the West Coast, they captured the highest returns on investment.

“Last year marked a unique year in the history of home prices and profits in the United States. A once-in-a-century health crisis tore through much of the nation’s economy but seemed to have the opposite effect on the housing market,” said Todd Teta, chief product officer at ATTOM Data Solutions.

In the report “What to Expect in Housing and the Economy in 2021,” LendingTree VP and Chief Economist Tendayi Kapfidze forecasted mortgage interest rates would rise between 10 to 30 basis points, averaging near 3%, with home sales rising between 10% and 15% and home prices marking upward acceleration at rates between 4% and 7%.

Kapfidze also anticipated the longstanding problems regarding inventory shortages to abate, with housing starts rising as much as 15% to 20% by the end of the year.

“Lack of supply has been a major contributor to higher home prices in 2020,” he stated. “As construction work bounces back in 2021, the supply of new homes should increase as more homes are built. However, most new supply will be at higher price points, which builders find more profitable.”