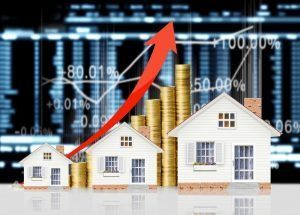 The housing prices show no sign of falling. Yet, according to the Real House Price Index released by First American Financial Corporation (First American) on Monday, the home affordability crisis may be overstated for now.

According to the First American Real House Price Index analyzing the November 2017 data, homes were 5 percent more expensive compared to the same period a year before. Between October 2017 and November 2017, home prices increased 0.5 percent, while consumer house-buying power (how much one can buy based on changes in income and interest rates) remained unchanged on a month-over-month basis, but grew 0.9 percent year over year.

Despite these numbers, the issue of an affordability crisis may be overstated, according to Mark Fleming, Chief Economist at First American. “That nominal house prices are growing faster than household incomes is often used as the basis for arguing that we are facing an affordability crisis. It is true that unadjusted house prices grew faster than income between November 2016 and November 2017,” he said. However, “Homebuyers today have historically high levels of house-purchasing power and that’s one important reason why, even as unadjusted house price growth exceeds household income growth, the talk of an affordability crisis is over-stated for now,” Fleming said.

“Because the long-run trend in mortgage interest rates has been downward, from a peak of 18 percent in 1981, the housing market has benefited from consistently increasing house-buying power,” said Fleming.