Home >> Daily Dose >> Affordability: The End of a Six-Month Trend

Affordability: The End of a Six-Month Trend 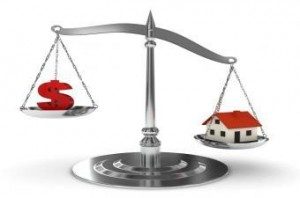 The Real Home Price Index measures nationwide price movements for single-family residences by adjusting for changes in income levels and interest rates to determine potential homeowners’ ability to borrow. The resulting figures are used as a measure of affordability for homebuyers throughout the U.S.

Real house prices increased 4.4 between October and November, and the 2.5 percent year-over-year gain in wages seen in November, down from October’s wage growth of 2.8 percent, was not enough to offset the gain in home prices. Fleming notes that the considerably high level of wage growth “was not enough to counteract the upward pressure on real house prices in most local housing markets caused by the post-election increase in mortgage rates and unadjusted house price growth.

He goes on to state that: “rising mortgage rates will, over time, moderate price growth more into alignment with the current pace of income growth.”

The report notes that real house prices are 37.1 percent below their peak in July 2006 and 15.5 percent lower than the prices seen in January of 2000. Essentially, the Real Home Price Index is indeed showing an increase in the expensiveness of homes, but “while affordability has declined compared to a year ago, housing is still as affordable as it was nearly two decades ago," Fleming concludes.