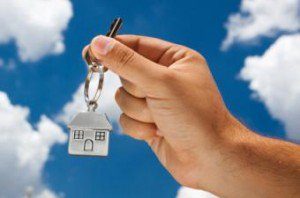 Property data provider ATTOM Data Solutions released an infographic concerning the best times to purchase a home. According to their data, February is the best month for those looking to buy a home at a discounted rate.

By analyzing historical data for 50 million single family homes and condos for sale from 2000-2016, ATTOM was able to pinpoint February as the optimum month to buy a home. As the report notes, homes in February were sold with an average 6.1 percent discount per square foot compared to the rest of the year. 3,087,974 homes were sold in the month of love at a median price of $103.9 per square foot.   The report also notes that the five days with the largest historical discounts all fall in February as well.

“What many buyers and sellers—and even real estate industry professionals—may not realize is that there is a seasonality to the real estate market,” stated Daren Blomquist, SVP at ATTOM Data Solutions. This is clearly true in the case of the data provided by ATTOM, as the four months which made the list are the first four months of the year.

“This is because the spring and summer selling seasons have not yet kicked in, so demand from buyers in general is tepid. At the same time, sellers are starting to post homes for sale in anticipation of the spring selling season, providing more inventory than might be available in and around the holidays (November through January),” he continued.

"February always seems to be a good month,” said Ruben Peña, President of TC Austin Residential Group and Chairman of the Five Star's FORCE (Federation of REO Certified Experts) Advisory Council.  “By February, people who have had their house on the market since December think, 'If I get an offer, I'll take what I can get even if I have to give a little discount.'"

It seems that this sentiment begins to build in January, as the month ranked second on ATTOM’s list, with 3,177,564 homes being sold during the 16-year period at a median price of $104.5 per square foot. That equates to an average discount of 5.6 percent when compared to all homes sold within a year.