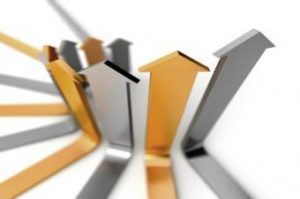 The burgeoning trend of growth in real estate prices seen throughout the beginning of 2016 continued to gain momentum towards the end of the year. This is verified by the most recent S&P CoreLogic Case-Shiller National Home Price NSA Index, which saw corresponding gains in its price index for November 2016.

This data, which was released today, would suggest that the housing market has entirely recovered from the extreme volatility that was seen over the past decade or so. "With the S&P CoreLogic Case-Shiller National Home Price Index rising at about 5.5% annual rate over the last two-and-a-half years and having reached a new all-time high recently, one can argue that housing has recovered from the boom-bust cycle that began a dozen years ago," stated David M. Blitzer, the Managing Director and Chairman of the Index Committee at S&P Dow Jones Indices.

"The recovery has been supported by a few economic factors: low interest rates, falling unemployment, and consistent gains in per-capita disposable personal income. Thirty-year fixed rate mortgages dropped under 4.5% in 2011 and have only recently shown hints of rising above that level. The unemployment rate at 4.7% is close to the Fed's full employment target. Inflation adjusted per capita personal disposable income has risen at about a 2.5% annual rate for 30 months,” stated Blitzer.

The report gives good reason to be optimistic about the health of the real estate market. Of course, upcoming economic policies are still liable to shape the future of the housing market. “The new Administration in Washington is seeking faster economic growth, increased investment in infrastructure, and changes in tax policy which could affect housing and home prices,” stated Blitzer.