Home >> Commentary >> Is It Time to Cap the Conforming Loan Limit?

Is It Time to Cap the Conforming Loan Limit? 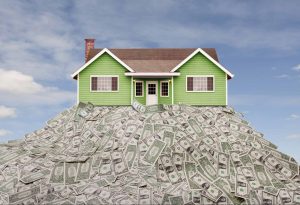 Last November, the Federal Housing Finance Agency (FHFA) announced the annual change of the conforming limit, which limits the price at which Fannie Mae and Freddie Mac are allowed to purchase single-family home loans.

Until 2008, this was a singular, flat dollar amount, but legislation passed that year created exceptions for high cost areas that allowed the GSEs to purchase home loans that are 150% of the baseline amount.

For 2022, the FHFA set the conforming limit at $647,200 an 18% increase from 2021 meant to largely mirror the increases real estate prices saw across the country. This means that the upper limit for high cost areas now equals $970,800.

While this increase happens every year, it caught the eyes of many throughout the industry because the steep year-over-year increase and the fact that the upper limit is eclipsing the $1 million mark.

One of these people was Don Layton the Senior Industry Fellow for the Joint Center for Housing Studies at Harvard University, also the former CEO of Freddie Mac, who suggested that now is the time to reevaluate, and possibly change, the loan limit system of the GSEs, along with the other government mortgage agencies, the Federal Housing Administration (FHA) and the Department of Veterans Affairs (VA).

While $1 million is an eye-catching number, the baseline and high-cost area ceiling calculations simply reflect extremely high house price growth in recent years, which seems to be exactly how the loan limit system should work. Wouldn’t any reduction of the limits thus be a takeaway from the American homeowner?

According to Layton, this is a valid viewpoint when only considering only the conforming loan limits. But loan limits do not exist in isolation and there have been a number of factors that have led conforming loan limits to reach the $1 million mark. One specific number is the market share of these loans. Between 2001 and 2003, the market share between the four agencies was 55%, more recently, that number has increased to 70%. This increase is attributed to the market loss of private label loans after the housing bust and now represents a “new normal” in the market.

“That 70% range is an extraordinarily high level and I do not believe was ever contemplated when the 2008 legislation revised the conforming loan limit system. Therefore, it can reasonably be argued that a reduction of the limits is an appropriate and easily-implemented policy lever to force the government agency market share partially or wholly back down to the 50% range, leading to less taxpayer subsidies for higher-priced homes. As this would restore the government agency share closer to its historic pre-bubble norm, it is not really a fundamental takeaway from the American homeowner.”

While a reassessment is an interesting idea, since the loan limits used by the GSEs (as well as the FHA and VA) are embodied in legislation, can it lead to an actual revision without Congress passing new legislation, which is an unlikely outcome at this time?

While this is a widely held view, according the Layton, an existing legal opinion states that the FHFA, acting as conservators of the GSEs, could in fact adjust the loan limits, but only downwards, never upwards as that would require new legislation.

“While this was never acted upon, it makes clear that a reassessment could produce a revision without congressional action. However, given that the FHFA lost its regulatory independence last June via a Supreme Court ruling, this now means that the Biden administration is calling the shots at the GSEs, as it already does at FHA and VA. Therefore, the administration would need to be supportive of such a reduction and it’s not clear that it would be. When it comes to reducing FHA or VA limits, unfortunately, legislation is likely required.”

Given the politicization of America’s housing finance system, would any proposed revision of the GSE loan limits survive lobbying by influential economic and ideological interest groups, or would it be a waste of time and effort?

The answer to this question is not as clear as there are the “usual suspects” who have longstanding and predictable views that can make pushing this type of legislation difficult. Layton says that conservatives will always vote for the reduction limits, the mortgage industry themselves would fight a reduction in limits because it would lead to less profits, while the private label securitization would be in favor of limitations because it would put more business in their pipeline.

But the views of liberal housing advocates are harder to pin down, and they are especially influential with the Biden administration.

“But, the viewpoint of liberal housing advocates, who are particularly influential with the Biden administration, is harder to predict. On one hand, they should be supportive of lower limits so the GSEs would subsidize the upper-middle class less (i.e. reducing ‘welfare for the well-off'), which would in turn allow the companies to focus their energy and subsidies more on low- and moderate-income (LMI) borrowers.”

“On the other hand, the GSEs cross-subsidize the pricing of their mortgage purchases as higher-balance loans produce part of a subsidy pool that then is used to reduce the interest rate on mortgages to LMI borrowers; as such, liberal housing advocates might not support a limit reduction because it would shrink that pool of available subsidies. So, how those advocates (who speak with many voices, not just one) would face this dilemma is unpredictable; perhaps one might come up with a creative way to reduce the loan limits while protecting the bulk of the cross-subsidies. This is where the value of a public reassessment could be, and which might also be determinative of the outcome.”

What about the FHA? Should its loan limits be reassessed as well?

Layton said that the FHA is still focusing on low- to middle-income buyers and does not appear to need a reassessment on the surface, but as the maximum loan amount still nears the $1 million mark, this still seems questionable for an agency that is supposed to focus on first-time buyers and borrowers

“This calls for a reassessment as to whether such high-balance borrowers deserve the large taxpayer subsidy (which is even larger than that enjoyed by the GSEs) contained within all FHA mortgage financing activities.”

Similarly, should there be a change in how the VA limits the dollar size of the mortgages it insures?

The VA is a different story because of how it finances mortgages. VA mortgages do not have a downpayment requirement, and as of 2020, the upper limit has been removed by Congress as an additional fringe benefit for military servicemembers.

To Layton, the decision to remove this limit is difficult to understand.

“For the small number of veterans who become wealthy enough to afford such large mortgages (potentially millions of dollars in size), is it really good public policy for the taxpayer to subsidize them without limit, even while respecting their military service? I know a few veterans who are wealthy and I cannot see any of them supporting such a subsidy for themselves. And it would undoubtedly be a scandal if it became publicly known that a very wealthy veteran received, for instance, a taxpayer-subsidized $5 million, zero-downpayment mortgage through the VA. Thus, a reassessment should include putting a dollar limit on the size of VA mortgages, and it could even be a generous one to reflect that it is designed to be a fringe benefit for veterans.”

Layton concluded that due to the upper limit of loans reaching $1 million, this is a prime time to examine and reassess loan limits, but does not see sweeping changes being likely outcome of any considerations.

Click here to view Layton’s answers in their entirety.

Previous: Joanne Harrel Appointed to HomeStreet’s Board of Directors
Next: Market Sees Hottest January on Record