20 Hottest Housing Markets in the U.S. 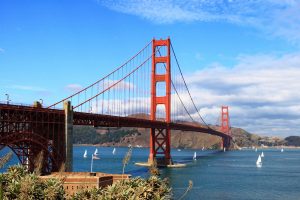 Thirteen of the 20 hottest housing markets in the U.S. in January were based in California according to a list of the Hottest Real Estate Markets in America compiled by Realtor.com, and topping the list was San Francisco, followed closely by the tech-hub San Jose.

This monthly compilation is based on the number of listing views in each major metropolitan market (including satellite cities), plus the number of days homes spend on the market before being snapped up by buyers.

A number of factors were responsible for the movements on this list, the main factor being that prices are still at historically high levels because of low for sale inventory, which was down 8 percent since January 2017. However, according to data released with the list of hottest housing markets, approximately 365,000 new listings are expected to hit the market in February, showing a 3 percent increase over last year.

“A strong stock market run, new tax laws, and a government shutdown have given buyers and sellers plenty to digest as they come to terms with the new economic landscape and their personal situation,” said Javier Vivas, director of economic research at Realtor.com. “While the national picture remains largely unchanged, real estate remains more local than ever, and demand and supply dynamics are rapidly shifting across the country as the dust begins to settle.”

While San Francisco and San Jose fought for the top spot, Vallejo, California remained unchanged from its December ranking at No.3, followed by Colorado Springs, Colorado and Midland, Texas to round up the Top 5 spots in this list.

Other cities that made it to the top 20 list of hottest housing markets include San Diego, Santa Rosa, Sacramento, Stockton, Modesto, Fresno, Los Angeles, Oxnard, and Santacruz, all in California, as well as Denver, Colorado; Dallas Texas; Columbus, Ohio; Detroit, Michigan; and Boise City, Idaho.

Previous: Is an Increase in Residential Construction on the Way?
Next: IndiSoft Appoints New CEO