Most First-Home Shoppers Misunderstand Their Budgets 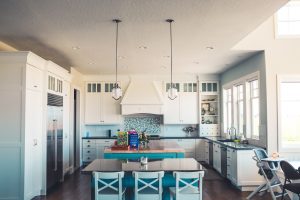 Most Americans shopping for their first home were surprised, for better or worse, at what they were able to afford.

Forty-seven percent were surprised because their budget was larger than expected, and 21% were surprised because it was less, making more than two-thirds (68%) of shoppers seemingly under-informed about their financial situation as it relates to what they can afford when buying a home, according to a January 7-11 survey by realtor.com via HarrisX.

"The dramatic decline of mortgage rates in 2020 was a pleasant surprise for many buyers," said realtor.com Senior Economist George Ratiu. "For first-time buyers, especially, the drop in the 30-year mortgage rate from 3.65% in March 2020 to a record-low 2.65% in January has provided unexpected leverage. Lower rates allowed many buyers to stretch and buy more expensive homes while keeping their monthly budget the same."

Ratiu, in his article, emphasizes the number of millennials entering the homebuying market. "The wave started in 2020, with 4.7 million millennials turning 30, an age when many people consider buying a home," he said. "This wave continues in 2021, with another 4.8 million members of the Gen Y generation turning 30. The generational progression will peak in 2022, 2023, and 2024 when 4.8 million people will turn 30, each year." And he goes on to bullet the factors that go into affordability for this demographic. Those include: