The “Glass Ceiling” in Real Estate 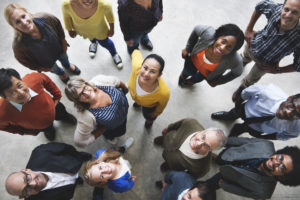 More than one-third of Americans working in female-dominated industries such as real estate, healthcare, and education believe that the "glass ceiling" in their industry makes it more difficult for women to reach executive or senior level positions. This, according to a survey by Coldwell Banker Real Estate that examined the role played by women in leadership positions.

The survey covered more than 2,000 employed U.S. adults to compare the leadership and professional ambitions of men and women who work in "female-dominated versus male-dominated industries as determined by data from the U.S. Bureau of Labor Statistics, to probe the causes of this gender leadership gap."

Citing the National Association of Realtors' Member Profile Report, Coldwell Banker said that while women accounted for 63 percent of all Realtors® 57 percent men lead real estate companies as a broker-owner or a selling manager.

"Women in real estate face an upward mobility challenge, and it's our responsibility to help correct the gender leadership gap," says Zoe Horneck, VP of Product Marketing and Communications, Coldwell Banker. "Our work has only just begun and we're committed to ensuring that women across our network can envision a path to leadership and are given a variety of opportunities to exercise their leadership skills."

The survey revealed that 14 percent of men working in female-dominated industries held an executive level position compared with only 8 percent of women. The difference between the two? Seventy-five percent, the survey said.

The problem, the survey found also stemmed from the fact that women were more hesitant than men to ask for a raise or promotion even if they met most or all the qualifications. In fact, men were 20 percent more likely than women to ask for a raise. They were also 32 percent more likely than their women-counterparts to say they had ambition of one day holding an executive-level position in their current industry.

Men were also more satisfied with their pay than women, with 79 percent of the male respondents saying they were compensated fairly for their work against 70 percent women.

Previous: What Is the State of the Union?
Next: Top 25 Leaders and Influencers – Part 1