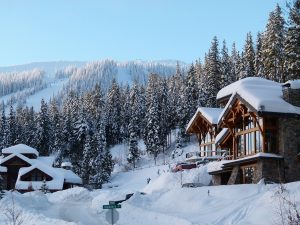 Year over year, January mortgage applications for second homes skyrocketed 84%, according to Redfin.com.

Now, that’s a drop from a high of 118% year over year in September, but a huge shot in the arm from a year ago. It also marks the eighth straight month of 80%-plus year-over-year growth.

It doesn’t stop there: The annual rise in second-home applications is more than double the uptick in applications for primary homes, where demand parachuted 36% year over year in January. That’s a drop off from a peak in September of 65% — and the smallest increase since May.

The sustained popularity of vacation homes reflects the burgeoning degree of remote work prompted by COVID-19.  Many affluent Americans are opting to spend at least some time in vacation destinations, away from highly populated cities since working from home is conducive to white-collar workers and children are learning from home.

Second-home demand also demonstrates the K-shaped economic rebound from the recession caused by the pandemic and the continued financial hardship imposed upon waves of lower-income Americans at the same time many high-income individuals are seeing their home values and stock portfolios take off.

“Although demand is down slightly from the fall peak, the fact that nearly twice as many second-home buyers submitted applications in January as the year before means the popularity of vacation towns is not a fad,” said Redfin economist Taylor Marr.

“Many Americans have realized remote work is here to stay, allowing some fortunate people to work from a lakefront cabin or ski condo indefinitely. But while many well-off remote workers are able to follow their dreams and purchase second homes, it has become even more difficult for many lower-income people to buy a primary residence as home values rise and the recession disproportionately impacts employees in the service sector.”

Many of Redfin’s most popular neighborhoods of the year are based in vacation destinations. That includes Lake Tahoe, Mountain House, CA, and the Lakes Region of New Hampshire. The majority of the top 10 hottest neighborhoods on that list experienced double-digit growth in home values and sales in 2020.

As interest rates have dropped to record-breaking lows and many Americans now find themselves being able to work remotely, the past few months have seen a sudden peak in demand for second homes and vacation homes, we've previously reported.

According to research conducted by Point2Homes Demand for vacation homes has now reached a five-year high.

Some vacation hot spots have been especially trendy on Google searches. The location that has seen the greatest increase in interest is Big Sky, Montana. The popularity of keywords “big sky house” on Google had a 177% year-over-year increase.