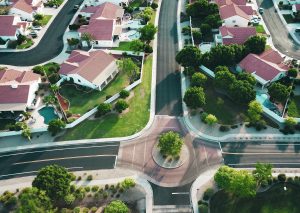 "We found that the most livable neighborhoods offer the most diverse set of housing options, including multifamily and rental opportunities as well as single-family and owner-occupied homes," said Jennifer Molinsky, the research associate and lecturer who co-authored the report. "Yet housing also tends to be more expensive in the most livable places, which could pose a barrier to lower- and middle-income households."

The study also found that high livability neighborhoods also have the highest share of renter-occupied housing at 44%, compared to 23% in the lowest-livability locations.

The higher the community is on the livability spectrum, the fewer low-cost rentals exist—that means, for example, 47% of rentals in low-livability areas are less than $800/month, while less than 30% of rentals go for under $800 in higher-livability burgs.

The share of lower-cost rental units falls as one moves up the livability spectrum: while 47% of rentals in the lowest livability quintile rent for less than $800 per month, the share falls to less than 30% in the highest quintile.

Not a surprise, the researchers say, median incomes are higher in the places with the highest overall scores in the index, and, of some concern is that low-income older adults—those earning less than $30,000 per year—are overrepresented in neighborhoods with the lowest median housing prices and incomes.

The purpose of JCHS's research is to pinpoint potential public policy enhancements when it comes to housing. In this case, they say there are a number of policy implications that emerge.

"While neighborhoods that score highest on the livability spectrum tend to have the most housing types, expanding access to these locations means expanding income-restricted options, such as homes developed through Low Income Housing Tax Credits, Section 202 housing for older adults, inclusionary housing policies, and other federal, state, and local affordable housing programs," noted co-author and research associate Whitney Airgood-Obrycki. "Greater rental assistance to low-income older adults can help as well."

Policies and programs to help older Americans remain in their homes even when housing costs increase will be critical. Older homeowners might benefit from programs supporting home repairs and property tax abatements. Renters need increased tenant protections and rental assistance, and all households could use assistance with utility bills. Low-cost loan and grant programs can help older adults modify their homes to accommodate changing physical needs, while visitability policies can encourage accessibility in new housing going forward, the researchers suggest.