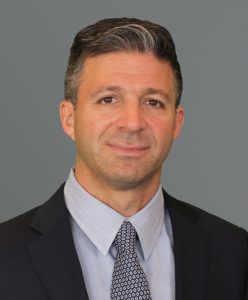 Wells Fargo announced Mike Weinbach will join the company as CEO of Consumer Lending in early May. He will report to Wells Fargo CEO Charlie Scharf and be based in New York.

Weinbach will have responsibility for home lending, auto, credit cards and merchant services, and personal loans.

“I’m delighted that we’ve been able to attract someone with Mike’s experience, skills and knowledge to Wells Fargo,” said Scharf in a release. “He has a broad range of experiences in the consumer space and will be a great addition to our management team. We are one of the largest providers of consumer credit in the country and want to continue serving that important role for our customers and the U.S. economy.”

Prior to joining Chase, he founded a business focused on workplace motivation and help positions at Citigroup.

“I am excited to join Wells Fargo and appreciate the opportunity to work with this remarkable franchise that serves over 70 million customers,” said Weinbach. “I am passionate about providing outstanding customer experiences and helping customers live better lives. I am eager to work with the Wells Fargo team to do just that.”

This move comes just a few months after Wells Fargo named Scott Powell as its new COO and announced Scharf as its new CEO and President in September.

“The actions announced by the [Office of the Comptroller of Currency] today reinforce the agency’s expectations that management and employees of national banks and federal savings associations provide fair access to financial services, treat customers fairly, and comply with applicable laws and regulations,” stated Comptroller of the Currency Joseph Otting in a release.

Previous: Where Mortgages are Past Due
Next: Refi Boom Showing No Signs of Stopping