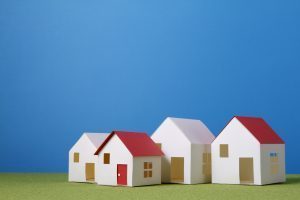 What are the chances of getting a plot of land for $1 in one of the country’s hottest housing markets, where the median home price is $540,000 to build affordable housing for a middle-class family with a median income of $55,000?

In the case of the city of San Diego, California, this is a reality. According to an article by the San Diego Union Tribune, the San Diego Community Land Trust (Land Trust), a nonprofit group, plans to build 16 three- and four-bedroom homes on an elbow of vacant land near the Mexican border after the city of San Diego, California committed to sell 3.3 acres of this land to them for a $1 per lot. Land Trust has struck a similar deal with the neighboring city of Lemon Grove to build nine row homes on an abandoned subdivision there.

The houses on both these lots will be built by Land Trust and sold for $350,000 or less. This is being seen as a rare move in one of the hottest markets in California. “Affordable housing is one of the city’s top priority. Because of the urgent need, this was an appropriate deal for the city and community,” Katie Keach, the spokeswoman for San Diego city told the Tribune.

The initiative by Land Trust is just one of the many that are being taken up by government agencies and nonprofits to make housing more affordable and sustainable for people from the middle-class or low-income strata.

Recently, Fannie Mae announced the formation of an Expert Advisory Panel to support a two-year $10 million initiative by the GSE to advance the growth of sustainable communities while addressing the nation’s affordable housing shortage. “Affordable housing is not an isolated issue. It requires a broad set of solutions and dedicated individuals,” said Maria Evans, VP, Sustainable Communities Partnership and Innovation.

Similarly, A New Mexico-based homeownership support nonprofit called Homewise, is advocating a lending model where a low-income household can afford to buy a home even if they don’t have a large down payment ready.

In this model, Homewise offers two mortgage packages, for 80 and 18 percent of a home’s value, respectively. The agency then resells the higher mortgage on the secondary market to raise capital for additional clients. But it holds on to the riskier second mortgage so that the client pays only a 2 percent down payment, while still eliminating the need for mortgage insurance. The agency services both loans, to monitor loan performance on each and intervene early if there is a problem.

“They actually have lower delinquency rates than similar households buying apart from the program,” the Urban Institute, which conducted a study on Homewise’s model said.