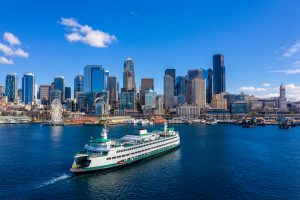 New legislation—Senate Bill 6536—is making its way to Washington lawmakers that would ban single-family zoning in most of the state’s cities.

The bill is sponsored by Sen. Mona Das (D) and would put into place a statewide ban on any zoning that restricts construction of multi-family housing in cities with a population of over 15,000.

Single-family zoning makes up 70% of Seattle’s zoning. The report from MyNorthwest says this number was addressed in last year’s Mandatory Housing Affordability legislation. The legislation enacts requirements for building affordable housing and taller residence buildings throughout Seattle. The goal was to provide at least 6,000 new rent and income-restricted homes for low-income residents.

“The time to act is now to create more housing options in traditionally single-family zones,” the legislation reads. “The exclusion of missing middle housing is rooted in inequity as a way to keep some families out of certain neighborhoods.”

The bill found that 80 to 90 cities in Washington would be impacted by SB 6536. If approved, it would go into effect on July 1, 2020, and would “supersede, preempt, and invalidate” any existing zoning restrictions in qualifying cities.”

Those opposed to the bill said it doesn’t weigh feedback from cities that would be impacted.

“State mandates are strongly opposed since it cuts out the feedback and input from the local community,” stated a coalition of Washington cities and local leaders, including Renton, Lake Stevens, Fife, and more.

Fellow Pacific Northwest state Oregon was the first state to enact laws promoting higher density with House Bill 2001. The legislation, however, was the subject of opposition at the end of 2019.

"People are absolutely outraged," said City Commissioner Amanda Fritz, who is the Portland City Council's liaison to the League of Oregon Cities. "There were multiple people saying it needs to be repealed."

House Bill 2001 went into effect on August 8, 2019, and mandates that cities with a population of more than or equal to 25,000 must allow high-density zoning on development’s previously reserved for single-family housing.