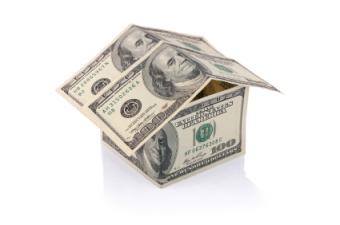 According to an analysis by the Urban Institute, proposed housing finance changes being discussed by the Senate Banking Committee would provide better-targeted support for low- and moderate-income (LMI) households than the current system.

Under the current system, the most significant support provided by the GSEs, Fannie Mae and Freddie Mac, to underserved borrowers is through cross-subsidization of mortgage rates through level pricing their risk coverage, charging lower-risk borrowers a greater guarantee fee than needed in order to achieve their targeted return and enabling them to charge high-risk borrowers less than needed to achieve that return.

The study also indicates that the affordable goals under the current system required a specified percentage of loans purchased by the GSEs to go to LMI households and communities. The GSEs also support housing affordability through a one-time fee of 4.2 basis points levied on each single-family loan purchased by them.

Analyzing the proposed system, the study found that, assuming the mortgage access fee in the proposed system was set at 10 basis points and that all LMI borrowers who qualified for a loan got financial support, the average LMI borrower in this channel would receive around $4,500 in support over the duration of their loan, or $6,000 if the support was limited to those purchasing a home in the form of a lower mortgage rate, lower down payment, or other assistance.

In the multi-guarantor system being discussed by the committee, the study found that the guarantors would be required to fund themselves with enough capital to withstand a severely adverse economic scenario and satisfy a minimum leverage ratio, with the cost of this layer of capital passed along to borrowers largely according to the individual default risk posed by them.

Through a series of critical assumptions, the study found that under the new system, the guarantors would maintain the same share of the mortgage market as the GSEs in the current system. It found that mortgage rates for higher credit quality borrowers in the current system would be a few basis points lower than in the future system, while rates for LMI borrowers would be meaningfully lower in the future system, but not sufficiently so for the guarantors to take much share from the government-guaranteed system, which includes the Federal Housing Administration (FHA), Veterans Affairs, and U.S. Department of Agriculture.

However, it found that the share of government-guaranteed systems would go down if the mortgage access fee was higher than the 10 basis points assumed in the study. For example, raising the MAF to 15 basis points would likely reduce the FHA system’s share from its current near 25 percent of the mortgage market to closer to 20 percent and increase that of portfolio lenders from its current share of 30 percent to 35 percent.