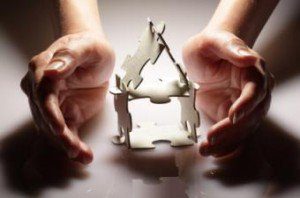 The National Association of Realtors reports that existing-home sales rose in January, marking two consecutive months of growth, increasing 0.6% from December 2020 to a seasonally adjusted annual rate of 6.69 million in January 2021. Total sales climbed year-over-year, up 23.7% from one year ago.

"Home sales continue to ascend in the first month of the year, as buyers quickly snatched up virtually every new listing coming on the market," said Lawrence Yun, NAR's Chief Economist. "Sales easily could have been even 20% higher if there had been more inventory and more choices."

The median existing-home price for all housing types in January was $303,900, up 14.1% from January 2020 where prices averaged $266,300, with prices increasing in every region. January's national price jump marks 107 straight months of year-over-year gains.

"Home sales are continuing to play a part in propping up the economy," Yun said. "With additional stimulus likely to pass and several vaccines now available, the housing outlook looks solid for this year." 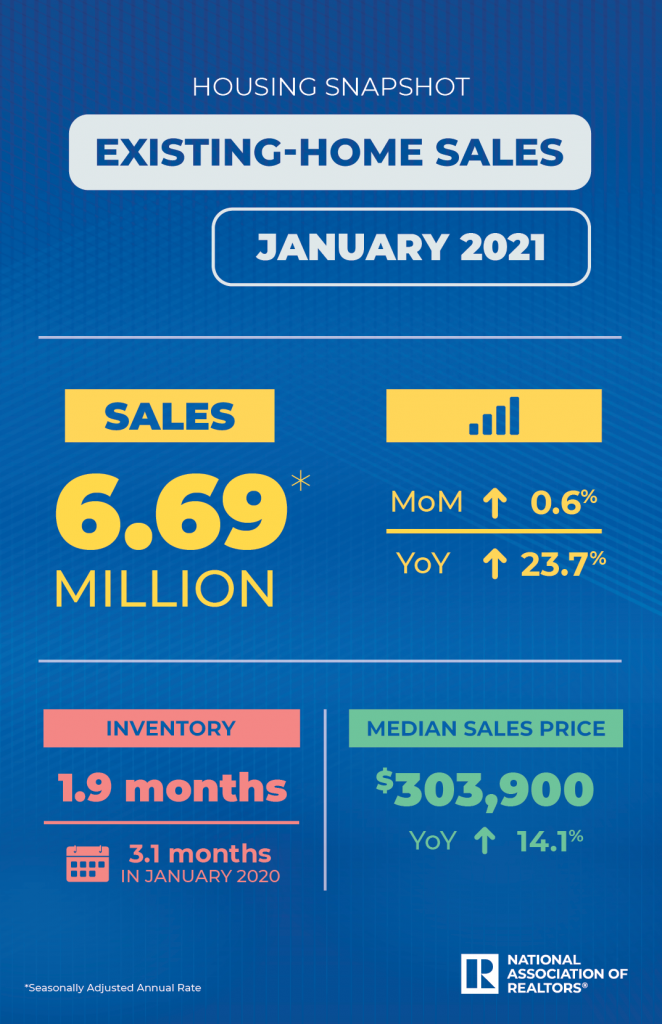 Yun predicts existing-home sales will reach at least 6.5 million in 2021, even as he says mortgage rates are likely to inch higher due to the rising budget deficit and higher inflation.

Distressed sales represented less than 1% of sales in January, equal to December's percentage, but down from 2% in January 2020.