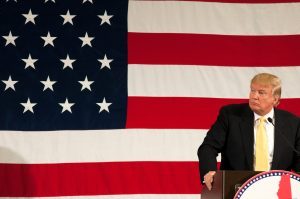 The problem with housing affordability is that it “shows no signs of subsiding in certain markets,” the White House said in its annual Economic Report of the President released Thursday.

As such, “Removing government-imposed barriers to more affordable housing is a priority for the Trump Administration,” the report said.

The report says home prices have outpaced incomes in growth in recent years. Household incomes have grown about 20% since 2000, while home prices have risen nearly 50%, with the report citing the Standard & Poor’s/Case Shiller Index.

Part of the problem is that construction is not keeping pace with household formation. In fact, the report stated that construction per capita has been on the decline for decades, falling to just three new homes per 1,000 residents between 2010 and 2018.

The affordability problems the nation faces contribute to several other problems. The White House report cited labor mobility, homelessness, environmental impact, and even dampening economic growth among them.

To solve this compound problem, the White House is taking aim at local and state regulations, which have also received attention from housing market experts, political candidates, and others in the administration of late.

“Research has linked higher home prices and lower housing supply to many of these regulations,” the report stated.

While pointing out that “the majority of areas in the United States have relatively well-functioning housing markets in which regulations do not significantly drive up prices,” 11 metro markets in particular have particularly “excessive regulatory barriers.”

Unfortunately, the report says regulations are “pricing workers out of several of the nation’s most productive cities.”

In fact regulations in these 11 metros are estimated to increase home prices by between 36% and 184%, the report states, citing research from Glaeser and Gyourko.

In fact, addressing regulatory barriers along in these 11 markets could reduce homelessness by 13% for the nation overall as these markets contributed greatly to the nation’s homeless population, according to research cited in the report.

Reducing regulatory burden could reduce homelessness by 54% in San Francisco and 40% in Los Angeles, the report stated.