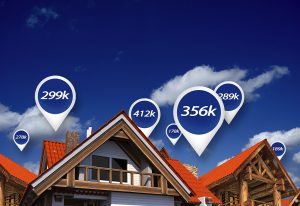 ATTOM released its Q4 2021 special report analyzing qualified low-income Opportunity Zones targeted by Congress, for economic redevelopment in the Tax Cuts and Jobs Act of 2017. The report found that median single-family home and condo prices rose from Q3 to Q4 of 2021 in 56% of Opportunity Zones around the country and spiked by an estimated 20% annually in almost half the nation.

Typical homes in Opportunity Zones continued to cost a fraction of those in most other neighborhoods around the nation in Q4 of 2021. Median Q4 prices sat below the national median of $315,648 in 76% of Opportunity Zones, about the same as in earlier periods last year.

"Neighborhoods in and around some of the poorest areas of the United States kept riding the national housing market boom in the fourth quarter of last year, much as they did throughout 2021. The pace of price increases slowed, which is common in the last few months of any year. But gains in Opportunity Zones again pretty much matched what was going on elsewhere and even beat out the rest of the market in some ways," said Todd Teta, CPO with ATTOM.

Typical values remained under $200,000 in 51% of the zones during Q4 of 2021, however, that improved from 53% in Q3 of 2021, and 61% last year. Markets inside some of the nation's poorest communities improved despite the ongoing threat from the Coronavirus pandemic, which hit those areas hardest with its onset in 2020.

Price spikes of at least 25% from Q4 of 2020 to the same period in 2021 showed up in a larger portion of Opportunity Zones than in other neighborhoods around the country. Prices inside Opportunity Zones kept growing during Q4 of 2021, as a decade-long price boom in the U.S. continued to spread throughout every part of the country, including low-income communities.

"While Opportunity Zone markets remained depressed, the increases probably reflected the trickle-down effect of buyers priced out of more expensive neighborhoods. The gains also represented an ongoing sign of vitality in lower-income areas – something that ups the ante for investors looking to take advantage of Opportunity Zone tax breaks."

The trend persists as a surge of buyers continue chasing a tight supply of homes for sale. The buying surplus has propelled the market amid a combination of historically low mortgage rates, fueling the desire for many households to trade life in congested areas for the safety and larger space for work-at-home lifestyles offered by houses or condominiums.

To read the full report for more detail, click here.