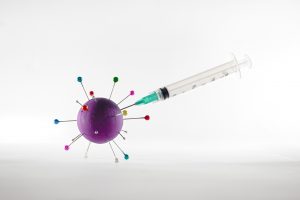 While the COVID-19 pandemic has caused many Americans who might otherwise consider relocating to stay put, COVID vaccinations, as they reach more people, could lead to more migration among the homeowning public.

A Zillow survey found 52% of respondents reported they would feel comfortable moving right now compared to about 70% who said that they would feel OK about it after the vaccine has been widely distributed. Zillow says the results amount to more than 14 million households feeling "newly comfortable" in regard to moving following mass inoculation.

A relatively small number of respondents who said vaccines would impact their decision to sell, about one in five, said the vaccine would make them less likely, leaving 78% who reported it would make them more likely to list and purchase a home somewhere else.

What's behind it? In October, Zillow research reported "financial anxiety and ongoing uncertainty" was sidelining would-be sellers, depressing inventory. Now survey results show measures of both life and financial uncertainty have decreased: 25% of homeowners reported their life or financial situation was too uncertain this January, compared to 29% who said the same in November..

"We expect that the vaccine rollout will likely boost inventory, as sellers become increasingly willing to move despite Covid-19—resulting in greater numbers of new listings beginning this spring," said Chris Glynn, Principal Economist at Zillow. "That injection of inventory could give buyers more options and breathing room in a competitive market. The vaccine, however, will also likely add to already-strong demand, given that most sellers will become buyers as they trade-in for a home that better suits their new needs. "

Driving the unrelenting demand is both demographic dynamics (that would be happening regardless of COVID-19) and pandemic-related factors, according to Zillow's research team.

"Millennials—often considered the largest generational group in the country—are aging into their peak home-buying years. The generation fueling the Zillow surfing trend is now hitting their mid-30s, the median age of a first-time homebuyer," a Zillow press release noted.

And, "the freedom to telework has opened up new, affordable housing options all over the country. Real estate tech tools, such as next-generation 3D home virtual tours with interactive floor plans, are enabling shoppers to remotely explore all the possibilities a move could bring."