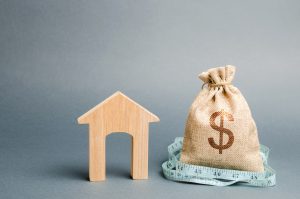 “Even with this week’s decline, mortgage rates have increased more than a full percent over the last six months,” said Sam Khater, Freddie Mac’s Chief Economist. “Overall economic growth remains strong, but rising inflation is already impacting consumer sentiment, which has markedly declined in recent months. As we enter the spring homebuying season with higher mortgage rates and continued low inventory, we expect home price growth to remain firm before cooling off later this year.”

Fannie Mae’s Home Purchase Sentiment Index (HPSI) reached its lowest level in January, a low not seen since the outset of the pandemic in May 2020, as affordability restrictions continue to weigh on the housing market. A record-low 25% of Fannie Mae’s survey respondents in January reported that they believe it was a good time to buy a home, compared to the 69% of consumers who reported now is the best time to sell. 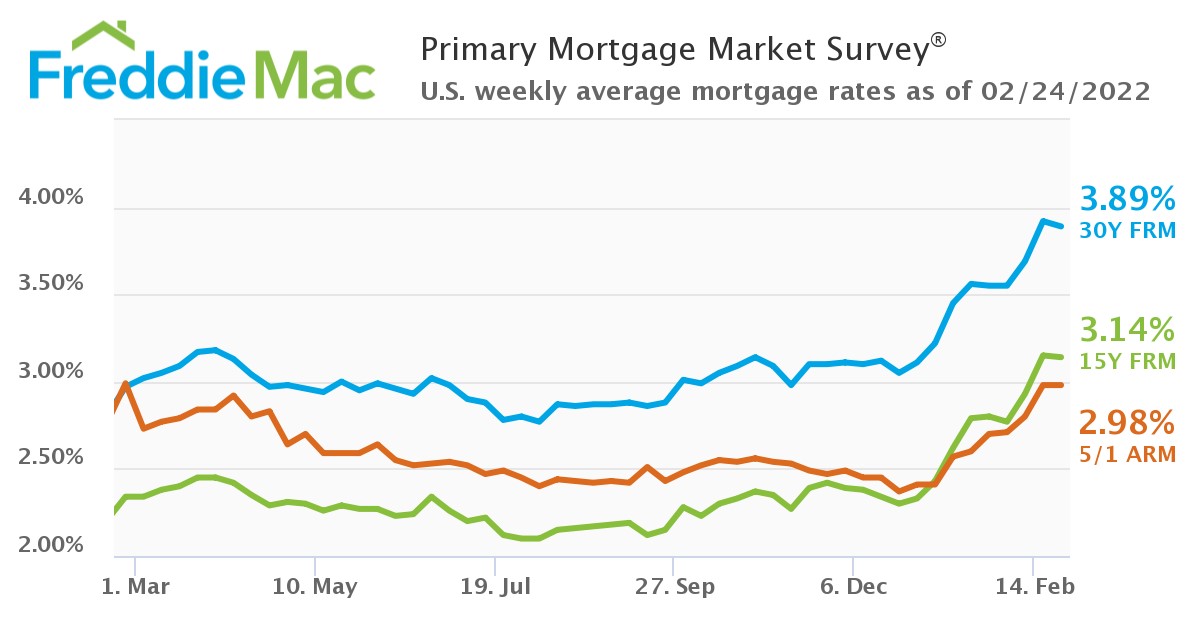 "Consumer sentiment toward housing softened further in January, as affordability and supply constraints continue to limit home purchase opportunities, particularly among younger households," said Doug Duncan, Fannie Mae SVP and Chief Economist. “On the whole, the latest HPSI results are consistent with our forecast of slowing housing activity in the coming year."

“Over the last nine weeks, mortgage rates have surged roughly 100 basis points, as expectations for economic growth, inflation, and monetary policy have gone through a major reset,” said Realtor.com Chief Economist Danielle Hale. “There have been just two similar moves in recent history–immediately following the 2016 election, when rates jumped 85 basis points in 10 weeks, and during the 2013 ‘taper tantrum,’ when rates surged 116 basis points in 11 weeks. In both cases, home sales momentum slowed in the following year due to the impact on affordability, since rising rates mean higher homeownership costs even if home prices are unchanged.”

Affordability remains an issue as the limited supply of homes available are being snatched up at a record pace. Redfin reports that home buyers are facing the fastest market on record, and during the four week span ending February 13, a record 57% of homes that went under contract sold within just two weeks of being listed.

Redfin also found that consumers purchasing homes are paying more than ever before, as asking prices jumped 16% year-over-year to a new high. The pace and cost of homebuying are surging partly due to having such limited options. New listings fell 8%, sending overall supply to a record low. This also resulted in a decline in pending sales, which fell 2.7%.

“Rising costs have households looking to make a 2022 move stuck between a proverbial rock and a hard place as both rental and listing prices continue to march higher,” said Hale. “For those planning on a shorter-term stay, renting can be the better choice even if, as our data shows is the case in 26 of the 50 largest markets, the monthly cost of owning a starter home is lower than renting one. Meanwhile, recent homebuyers who don’t plan on moving anytime soon are likely breathing a collective sigh of relief, since the lion’s share of their monthly payments are fixed. This is something to consider for renters whose renting and buying costs are close to break-even, especially if they hope to live in their next home for several years. In order to navigate this year’s housing market –whether renting or buying –making a list of must-haves vs. nice to haves can help focus the search on priority characteristics and enable quick, confident decisions.”