Home >> Daily Dose >> The 10 Best Cities to Restart Your Life

The 10 Best Cities to Restart Your Life 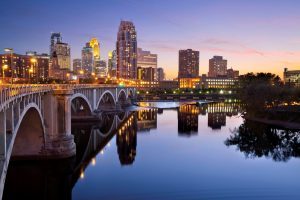 What does a person moving to a different location factor in while looking for a new city to start afresh? According to a study by LendingTree, the likelihood of a person succeeding in a new place, whether they move there to launch a new career or hit the restart button after paying off significant debt, can depend on a number of factors. These include local median income, housing costs, and laws that protect debtors from aggressive collections and penalties.

For the study, LendingTree considered all these factors along with the percentage of people between the ages of 35 and 64 who are single, employed, and have health insurance coverage to rank the best and worst cities for a person to start their life afresh.

With a median rent of $738, 94 percent people over 35 who were insured, and residents who declared bankruptcy recovering to a credit score of 664 within three years, Buffalo, New York, topped the list of cities where people can restart their lives, especially if they’re looking at financial recovery.

Making it to the second place was Minneapolis, Minnesota. The city’s low unemployment rate at 3.7 percent for those between the 35 to 64 age group as well as a high median salary of $70,915 and median rents of $963 make this a preferred destination for those looking at restarting their careers.

The third place was taken by Salt Lake City, Utah. With a low unemployment rate and higher-than-average median income and a moderate median rent of $967, Salt Lake City also had one of the highest enrollments in school by those who were 35 and over.

However, not all cities are friendly for people looking at a new life. According to the study, apart from low rents at $806, there’s little else that would make life easier in Birmingham, Alabama, which came in at the bottom of this list. Following Birmingham were Riverside, California; Miami and Orlando in Florida; and Chicago, Illinois that fared badly for fresh starts.