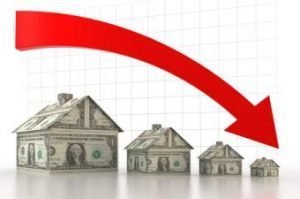 Sale of new single-family homes fell 7.8 percent in January 2018 compared to the month before, according to the data on new home sales released by the U.S Census Bureau [1] and the U.S. Department of Housing and Urban Development [2] on Monday.

“New home prices remained relatively flat in January, which shows builders are slowly shifting toward more moderately priced homes,” said Joe Kirchner, Senior Economist at Realtor.com. “But it does not override the earlier price gains that have put new homes out of reach for the majority of buyers. Inventory levels are most depleted in the starter home and mid-level category so any building in these areas will help boost overall sales.”

Sales of high-priced homes (homes priced $500,000 and more) suffered the most during the month according to Tendayi Kapfidze, Chief Economist at LendingTree. “If you take the three-month average, homes above $500,000 fell back to 16 percent of sales in January,” Kapfidze said. “In December, sales above $500,000 were 22 percent of total sales, the highest proportion since the sales price breakout began in 2002. These numbers included homes above $750,000 at a high of 7 percent of sales. Buyers may have rushed into these properties to have their mortgages grandfathered under the old mortgage deduction limits.”

The for sale inventory of new homes, according to the report, stood at 301,000 representing a supply of 6.1 months at the current sales rate.

Regionally, the Northeast region showed the most decline in sales. “States in the Northeast such as New Jersey, New York, and Connecticut are among the most vulnerable to the new tax law. On a quarterly basis, the share of sales in the NE was just 4 percent, the third lowest since the financial crisis. After averaging 6.1 percent of sales over the past five years,” Kapfidze said.

Looking to the rest of the year, Kapfidze said that the tax plan presented some opportunities for the housing market. “The reduction in corporate taxes and other real estate developer friendly tax breaks should increase builder profit margins by 10-20 percent,” he said. “This will increase the incentive to build more homes, especially at lower prices where new supply has been lacking due to small profit margins.”