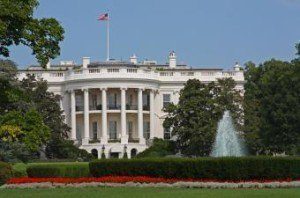 With the 2020 Presidential election just 251 days away, both Democratic frontrunners and President Donald Trump are ramping up discussions on issues impacting voters. Housing issues ranging from affordability to student debt have been among the topics on the candidates’ radar, and now recent articles from Reverse Mortgage Daily have examined several candidates' views on home equity conversion mortgages (HECMs or “reverse mortgages”).

Since taking office in January of 2017, Trump’s administration has impacted the reverse mortgage industry in several ways.

Dr. Benjamin Carson, Secretary for the Department of Housing and Urban Development (HUD) announced in August 2017 that HUD planned to increase premiums and tighten lending limits on reverse mortgages due to concerns about the strength of the program and taxpayer losses to the Mutual Mortgage Insurance Fund.

Those changes went into effect on October 2, 2017.

“Given the losses we’re seeing in the program, we have a responsibility to make changes that balance our mission with our responsibility to protect taxpayers,” Carson said. “Fairness dictates that future HECM loans do not adversely impact the overall health of FHA’s insurance fund, which supports the financing needs of younger, mostly first-time homeowners with traditional FHA mortgages.”

The Trump Administration also proposed further reforms to the HECM program, including a proposal that would not require congressional approval. Such reforms included the development of new HECM servicing standards and the elimination of HECM-to-HECM refinancing.

The former Vice President released his $640 billion housing plan last week. Within it, Biden outlined his plan to expand access to supporting housing and services for the elderly and those with disabilities.

His plan also says it will be a “housing first” approach, and would direct his Secretary of HUD to conduct a full review of federal housing policies.

While Biden hasn’t gone on record regarding his thoughts on the HECM program, he was Vice President when the Reverse Mortgage Stabilization Act of 2013 was signed.

“The equity people have in their homes is often their largest asset when they reach retirement age, but they rarely tap it to supplement income,” Bloomberg’s policy proposal states. “The available financial products allowing them to do so are expensive and unappealing. What’s worse, seniors in distress can fall victim to unscrupulous actors.”

The analysis continued, adding that Bloomberg intends to support the development of “simpler and less costly” home-equity conversion products.

While Sanders was in the Senate during the time of the Reverse Mortgage Stabilization Act of 2013 along with Warren, he has not spoken directly on the topic of reverse mortgages and home equity.

Reverse Mortgage Daily, however, said there have been several instances where Sanders has interacted with the reverse mortgage product, giving a glimpse into his thoughts on the issue.

Sanders referenced a story by the Washington Post during the summer of 2019 on Twitter detailing an “edler boom” in Maine, and he tweeted his support for seniors to be able to age in place.

“No senior should have to sell their belongings or spend their life savings just to be able to age in place,” Sanders said. “Under the Medicare for All, long-term, home-based care will be guaranteed as a right to every senior and person with a disability in America.”

Warren’s direct reference to reverse mortgages and the HECM program has been limited, but Reverse Mortgage Daily says she has had an impact on the industry since her advocacy and academic efforts led to the establishment of the Consumer Financial Protection Bureau (CFPB) in 2011.

The CFPB currently has regulatory enforcement authority over the reverse mortgage industry.

Warren, along with fellow candidate Bernie Sanders, voted to approve the Reverse Mortgage Stabilization Act in 2013. Its passage in the House allowed it to be signed into law on August 9, 2013, by former President Barack Obama.