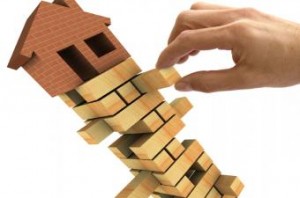 A new report from the National Association of Homebuilders is predicting that single-family home production will be relatively flat in 2019. Greg Ugalde, NAHB Chairman, said, “Looking back, the December drop in housing production correlated with the peak increase in mortgage rates and a corresponding decline in builder sentiment.”

Possibly due to the government shutdown, December had a combined decrease of 11.2 percent (single-family and multifamily) to a seasonally adjusted annual rate of 1.08 million units. Ugalde added, “During that time, builders adopted a cautious wait-and-see approach as demonstrated in the rise of single-family and multifamily units that were permitted but not under construction.”

What does this suggest for 2019 according to the analysis?  NAHB Chief Economist Robert Dietz said, “Looking ahead, we expect single-family production will be relatively flat in 2019 and multifamily starts will level off as well.” He added, “The biggest challenge facing builders this year will be ongoing housing affordability concerns as they continue to grapple with a shortage of construction workers, a lack of buildable lots and excessive regulatory burdens.”

Previous: Q4 Report Highlights Progress For Ocwen
Next: Why Do Millennials Have Homebuyers’ Remorse?