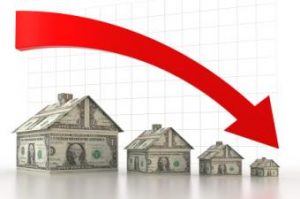 Existing home sales fell slightly behind in February. Ten-X, an online real estate marketplace, reported on Monday that sales are expected to reach between 5.43 and 5.69 million, with a target of 5.51 million, a 3 percent decline from January. The Ten-X Residential Nowcast predicts market trends through transactional data, industry data, and Google search activity, and its report shows an interest in homebuying despite the drop predicted for February.

"While online search activity remains strong, indicating healthy demand for homes, the relatively weak numbers in both new home sales and pending sales of existing homes suggest that buyers may be having trouble finding properties,” Said Ten-X EVP Rick Sharga. “But monthly housing numbers are notoriously volatile, so it's too soon to say whether we're seeing an inflection point, or the market is just taking a breath before coming back strongly in the spring."

In January, the National Association of Realtors reported strong growth in existing home sales—reporting that they had risen to their highest point since February 2007. Speaking on the growing prices in January, NAR Chief Economist Lawrence Yun said, "Much of the country saw robust sales activity last month as strong hiring and improved consumer confidence at the end of last year appear to have sparked considerable interest in buying a home." The target price point for February is $231,638, 1.2 percent higher than January and 9.9 percent higher than last year.

"Though inventory constraints have hampered stronger sales growth and fueled a surge in prices, the housing market continues to benefit from healthy underlying demand bolstered by a solid labor market that boasts healthy job gains, low unemployment and wage growth," said Ten-X Chief Economist Peter Muoio. "Looking forward, it's possible that higher mortgage rates may create yet another affordability obstacle for would-be homebuyers. In the meantime, 2017 home sales appear to be advancing at a healthy pace."