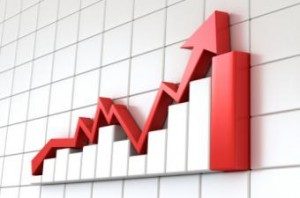 The Index, which covers data for December 2016, revealed a 5.6 percent jump from the previous month, and an almost 6 percent gain year-over-year.

“Home prices continue to advance, with the national average rising faster than at any time in the last two-and-a-half years,” said David M. Blitzer, Managing Director and Chairman of the Index Committee at S&P Dow Jones Indices.

There’s no cause for alarm, though, Blitzer said.

“In comparing current home price movement to history, it is necessary to adjust for inflation,” he said. “Consumer prices are higher today than 20 or 30 years ago, while the inflation rate is lower. Looking at real or inflation-adjusted home prices based on the S&P CoreLogic Case-Shiller National Index and the Consumer Price Index, the annual increase in home prices is currently 3.8 percent. Since 1975, the average pace is 1.3 percent; about two-thirds of the time, the rate is between -4 percent and +7 percent. Home prices are rising, but the speed is not alarming.”

Month-over-month, both the 10-City and 20-City composites jumped .3 percent. With seasonal adjustment, all cities in the 20-City Composite saw prices increase.

“One factor behind rising home prices is low inventory,” Blitzer said. “While sales of existing single-family homes passed five million units at annual rates in January, the highest since 2007, the inventory of homes for sales remains quite low with a 3.6-month supply. New home sales at 555,000 in 2016 are up from recent years but remain below the average pace of 700,000 per year since 1990.”

Historically low mortgage rates are also pushing home prices up, according to Blitzer.