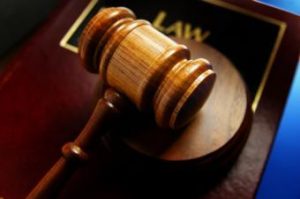 It all began in early February when a California District Court judge hearing a case against Countrywide Financial Corp. (which was taken over by Bank of America in 2008) decided to grant a class certification order for a suit that alleges Countrywide inflated its real estate appraisals to increase its loan origination business, hurting borrowers in the bargain.

Now, Bank of America has asked for a stay on the lawsuit to seek a Ninth Circuit review of the judge’s decision.

In its filing to the court, the bank had said that the parties deserved clarity from the Ninth Circuit and should not be required to engage in unnecessary and expensive work that might be undone. “A stay would allow this court to control the disposition of this case in a manner which will promote an economy of time and effort for itself, for counsel and for the litigants,” Law360 said citing the filing.

According to Law360, “The bank urged U.S. District Judge Christina A. Snyder to stay all proceedings while the appeals court decides what it wants to do with the bank’s Rule 23(f) petition for interlocutory review of her order. In that order, the judge certified a nationwide class and Texas subclass of borrowers who received appraisals from LandSafe Inc. in connection with a Countrywide loan between 2003 and 2008.”

Explaining the suit and the allegations, Baron and Budd LLC who represent the plaintiffs said in a statement released recently, “The cases allege that in the mid-2000s, Countrywide and LandSafe, which at the time was owned by Countrywide, schemed to prepare fraudulent property appraisals in an effort to help Countrywide quickly close loans.”

The suits go on to allege that, “as part of the scheme, LandSafe cherry-picked appraisers, withheld information and took other steps to create appraisal reports that benefited the lender. Plaintiffs were charged between $300 to $600 for each of the allegedly fraudulent appraisals.”

Editor’s Note: Bank of America was yet to return a request for comment late Wednesday.