The U.S. Department of Housing and Urban Development (HUD) reaffirmed its commitment to get Puerto Rico back on its feet after the devastation caused by Hurricane Maria in late 2017. The agency approved the island nation's latest disaster recovery plan as well as the disbursement of $8.2 billion as part of the grant made available to Puerto Rico's recovery by Congress in 2018. However, this approval comes with tight fiscal controls.

“This is an unprecedented investment and since Puerto Rico has a history of fiscal malfeasance, we are putting additional financial controls in place to ensure this disaster recovery money is spent properly,” said HUD Secretary Ben Carson. “With stringent HUD oversight, these dollars should have a real, lasting impact on Puerto Rico and help our fellow citizens who are struggling to recover from these devastating storms.”

HUD said that its approval of Puerto Rico's action plan makes the island nation eligible for Congressionally appropriated disaster relief funds which will be awarded through HUD's grant programs.

The heightened scrutiny of how these funds are spent will include enhanced monitoring of expenses as well as other measures designed to ensure Puerto Rico's legal and prudent use of the funds, HUD said in a statement.

On its part, Puerto Rico has said that it will address the "urgent humanitarian needs" of the island's residents while "also developing and implementing a transformative recovery." The amended action plan submitted by the island includes an analysis of early damage estimates and gives details about an initial program design to address the island's recovery with the first tranche of $1.5 billion that was approved by HUD as well as the additional $8.2 billion.

The action plan indicated that the parameters within which the remaining funds would be spent would be outlined in forthcoming federal guidelines, and its proposed uses determined in subsequent action plans.

In February 2018, Congress had approved $1.5 billion towards the recovery efforts with an additional $18.5 billion approved in April, which also included funds targeted to reinstating the electric grid and other mitigation activities after the devastation caused by Hurricanes Irma and Maria in 2017.

Previous: The Regional Shifts in Homeownership
Next: Balancing Risk and Profitability 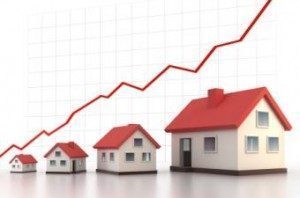 The arrow is pointing up when it comes to potential existing homes sales, which spiked ...