Non-banks Are Still the Top Lenders … For Now 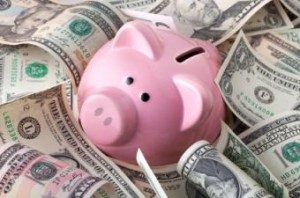 By the end of 2016, six of the nation’s top 10 lenders were non-banks, while banks contribution to new mortgage loans fell to 21 percent, according to The Washington Post. Meg Burns, managing director of the Collingwood Group told the paper, “The withdrawal of banks from the mortgage business is the result of the fundamental shift in regulations that took place in response to the housing crisis.”

After the financial crisis, banks were regulated in ways that non-banks were not. “The regulatory atmosphere changed from a risk-management regime to a zero-tolerance and 100-percent-compliance regime,” Burns told The Post.

Some market watchers speculate that the new administration’s focus on deregulation may encourage banks to make their way back to the top of the playing field. “The Trump administration has not put forward any specifics yet, but the banking sector is expecting changes in some of the more stringent rules put on mortgage lending following the financial crisis. If deregulation happens, nonbank lenders who were able to grow market share so easily will face tougher competition,” CNBC’s real estate correspondent Diana Olick said.

Anthony Hsieh, CEO of LoanDepot, a nonbank lender told CNBC, "We are prepared for any direction the new administration would want to take, but certainly I think providing more available credit to the country really is a good direction."

Susan Wachter, a real estate professor at the Wharton School, discussed with the Washington Post another reason why banks may boost lending this year—rising interest rates. “We’re likely to see more banks come back into the mortgage market as interest rates rise, because there’s more profit to be made.”

Previous: What Issues Will Carson Face?
Next: CoreLogic Improves Accuracy of Loan Estimates with New Program