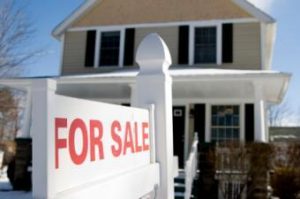 A new realtor.com analysis has found that buying a home was more affordable than renting in 15 of the 50 largest metros in the U.S., while an additional nine markets were within 5% of flipping in favor of buying a home.

The analysis, which compared the monthly cost of buying a median-priced home to the median price of renting a two- to four-bedroom unit in each of the top 50 markets in January 2021, found buying cost the same or was cheaper in 15 of the nation's 50 largest metros, up from 13 a year ago. Nine additional markets—Atlanta; Orlando, Fla.; Birmingham, Ala.; Phoenix; Buffalo, N.Y.; Memphis, Tenn.; Washington, D.C.; Las Vegas; and Milwaukee—were within 5% of flipping in favor of buying a house.

Combined with historically-low interest rates and demand at a record high, the monthly cost to purchase a median price home in the U.S. increased just 0.2% year-over-year to $1,988, despite the double-digit growth in home prices. The cost to rent was up 2.4% to $1,727. On average, buying a median-priced home accounted for 32% of a metro's median income, just slightly above the upper limit of the budgeting rule of thumb of spending 30% of gross income on housing costs. The cost to rent accounted for 27%.

"There isn't a one-size-fits-all answer to the question of whether it makes more sense to buy than rent,” said realtor.com Chief Economist Danielle Hale. “However, this is encouraging news for the millions of millennials who are approaching peak homebuying age and may be considering shopping for a home this spring. With interest rates expected to rise over the coming months, buyers may need to act sooner rather than later to take advantage of today's affordability or be prepared to adjust their target purchase price."

In the top 10 markets that leaned toward buying over renting (Cleveland; Chicago; Pittsburgh; Riverside, Calif.; Miami; New Orleans; Baltimore; Tampa, Fla.; Hartford, Conn.; and Detroit), the median listing price of a home averaged 7.7% lower than January's national median listing price of $346,000, while rents were 0.7% greater than the top-50 average. The price of rent has risen 4.9% in these markets compared to last year’s rate.

As many Americans continue to work remotely, the nation's largest tech hubs have seen rents drop in recent months, with residents vacating these areas in search of more affordable rent in the suburbs. The trend has widened the gap between renting and buying in areas like San Jose, Calif.; Sacramento; Seattle; and Los Angeles, where those who choose to rent saved an average of 30% in monthly costs compared to those who buy.