Interest rates held below 3% in Q4, as lenders issued $1.06 trillion worth of mortgages in Q4–up 6% from the third quarter of 2020, and 55% from a year ago, to the largest quarterly amount since at least 2000. The quarterly rate of increase in loans and dollar volume represented the largest gains during any fourth-quarter period since 2011. 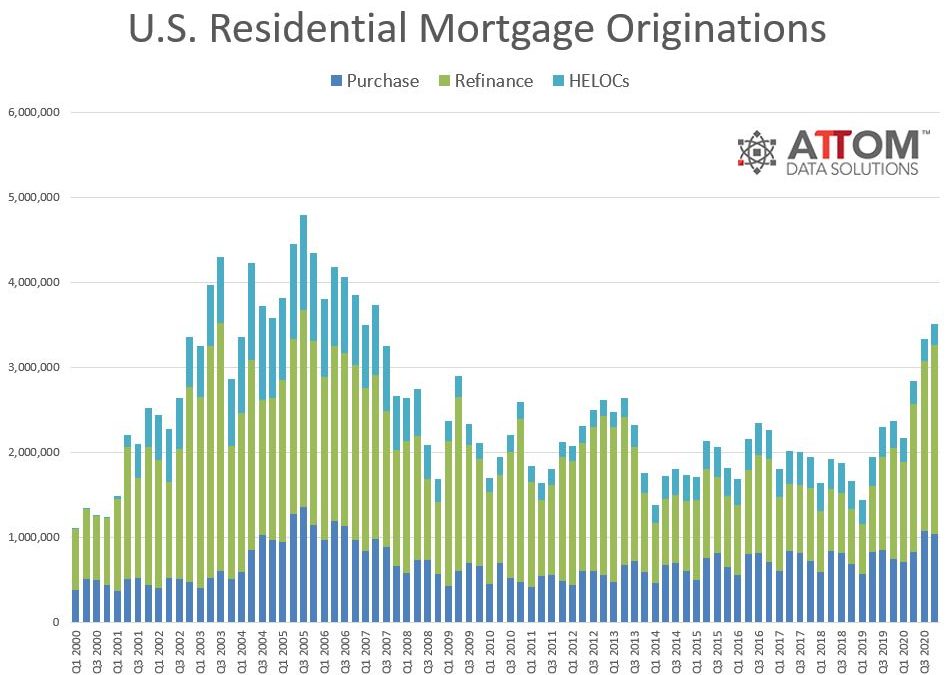 “Lenders continued working overtime across the United States in the fourth quarter or 2020, with increases in loans and dollar volumes rarely seen during a time of year when activity normally slows down,” said Todd Teta, Chief Product Officer at ATTOM Data Solutions. “The rising numbers left another in a long string of markers showing how the housing market has mostly avoided economic damage stemming from the virus pandemic. As with other housing market measures, the appetite for loans among homeowners and home seekers in the coming months remains uncertain, depending on interest rates and multiple factors connected to the pandemic. But the fourth-quarter data shows continued strong demand for new mortgages, especially among homeowners looking to refinance.”