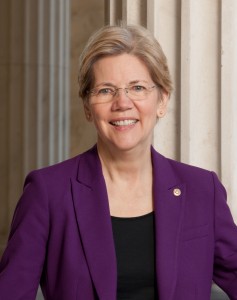 Massachusetts Sen. Elizabeth Warren announced Thursday that she is dropping out of the race for the 2020 Democratic Presidential nomination.

CNBC reported Warren had a disappointing showing in Tuesday’s primaries, including finishing third in her home state of Massachusetts.

Warren has been heavily involved in the housing and financial sectors over the past few months.

In January, she proposed a plan to streamline bankruptcy laws by creating a single process and offering families far more flexibility in deciding how to discharge their debts.

The plan would merge Chapter 7 and Chapter 13 into a single process.

“The banking industry spent more than $100 million to turn that bill into a law because they knew it would be worth much more than that to their bottom lines,” Warren wrote. “But it was terrible for families in need.”

She also helped create the Consumer Financial Protection Bureau (CFPB) during her time as a professor at Harvard Law School.

The CFPB was designed to rein in abusive practices in consumer credit marks, such as home mortgages and credit cards. CNBC states it returned $12 billion to consumers between 2011 and 2017 but stopped pursuing enforcement actions under President Donald Trump.

Warren released a statement following her announcement, said the changes made during her campaign "will have ripples for years to come."

"We have shown that it is possible to inspire people with big ideas, possible to call out what’s wrong and to lay out a path to make this country live up to its promise," she said.

This story will be updated.