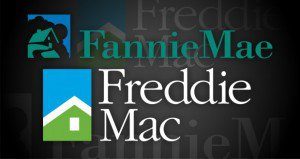 In a recent blog post from the Urban Institute, Jim Parrott, Senior Fellow, explains the key differences in a few proposed Housing Finance reforms. The three proposals discussed are the Promising Road Proposal, which was proposed in part by Parrott, the Milken Proposal, and the MBA Proposal. Parrott states that the differences between these proposals have not been explained in any “in any intelligible way”, though he states that the this can be narrowed down to two or three key differences.

Parrott cites the pre-reform system involving Freddie Mac and Fannie Mae. Prior to the reforms made to shift to a more competitive private market, the GSE duopoly was heavily relied upon. Shareholders were willing to take risks for greater profits as they would be backed by a bail out should they fail, and inevitably, Freddie and Fannie did fail. Each proposal acknowledges the need to lessen dependence of Freddie Mac and Fannie Mae.

Each of the proposals hold a common set of principles. Each are designed to attract the interest rate investors important to long term-fixed rate lending, minimize the chance that taxpayers will need to bail out the system again, ensure the stability of the system and lender access to the secondary market, and to minimize disruption to the market.

The proposition from the Mortgage Banker's Association mandates that Fannie and Freddie would continues to share the majority of the non-catastrophic risks on mortgages they guarantee. Fannie and Freddie would be turned into privately owned utilities in order to check their inclination to take on excessive risks, and additionally would open them up to the possibility of competition.

Parrott's own co-authored proposal would see the common secularization platform along with Freddie Mac and Fannie Mae combined into a single corporation. The Milken proposal would, like in the MBA proposal, see Freddie Mac and Fannie Mae in a more competitive environment, but risk the inclination to take on risk would be checked by converting them to mutuals owned by lenders. The Ginnie Mae infrastructure would be built upon and approved issuers would receive credit enhancement from private institutions along  with the Federal Housing Administration (FHA), U.S. Department of Agriculture (USDA), and the department of Veterans Affairs. These issuers would issue securities through Ginnie Mae.