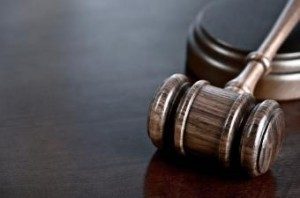 On Tuesday, the D.C. circuit rejected bids from both supporters and opponents of the Consumer Financial Protection Bureau (CFPB) in the trial of PHH Corp. vs. CFPB, Law360 reports, which has declared its leadership system unconstitutional, as the bureau’s single-director structure is in violation of the Constitution’s separation of powers clause.

The coalition had moved for reconsideration after already being rejected in February. Additionally, the court had blocked a bid by State National Bank of Big Spring, Texas. The small bank had previously attempted to challenge the constitutionality of the CFPB.

The case, as previously reported by DS News, sees New Jersey-based lender PHH Corp. trying to overturn a $109 million penalty issued by the CFPB in June 2015 over alleged violations of the Real Estate Settlement Procedures Act.

The $109 million disgorgement order from CFPB to PHH remains at the center of the litigation and CFPB Director Richard Cordray is at risk of being fired by President Trump at will as provided in the Dodd-Frank Act. Cordray had originally ruled an appeal of an administrative judge’s initial smaller penalty.

Motions from 17 state attorney generals and Democratic lawmakers Senator Sherrod Brown and Representative Maxine Waters to back the CFPB were rejected by the court, in addition to a coalition of consumer advocates who seek to represent CFPB. In October, Sherrod Brown released a statement on the original case and the decision to review the CFPB’s constitutionality.

“I disagree with the Court’s decision. The CFPB’s structure works–just look at the critical role CFPB played in holding Wells Fargo accountable for customer abuses. Despite the industry’s claims, the CFPB is subject to extensive oversight and it is one of the most accountable financial agencies,” said Brown. “The CFPB will continue its tireless work advocating on consumers’ behalf and today’s decision underscores the importance of having a White House and Congress that supports its mission of strengthening consumer protections, rather than seeking to weaken and undermine oversight.”

A filing by the Justice Department indicates that the Trump Administration plans to move against the CFPB’s bid to defend its structure. “As this court recognized in calling for views of the United States on the question whether rehearing should be granted, the view of the United States on matters involving the president’s removal of power are not always congruent with the views of independent agencies,” the government’s motion said.