The Impact of the Qualified Mortgage “Patch” Expiration 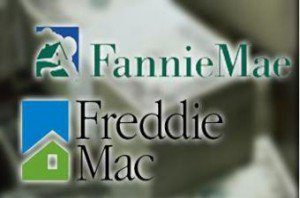 With the Ability to Repay and Qualified Mortgage Rule (QM) patch which allows Freddie Mac and Fannie Mae to exceed the QM debt to income (DTI) test set to automatically expire at the beginning of 2021, the Consumer Financial Protection Bureau has requested for information in 2017 and subsequent assessment of the rule published in January of 2019. According to American Enterprise Institute (AEI) Codirector of the AEI Center on Housing Markets and Finance Edward J. Pinto, letting the patch run out as intended will ultimately be beneficial to homeowners.

In a report, Pinto argues that to protect homeowners, lawmakers must allow the patch to expire.

“We point out that the ‘Patch’ has been a major contributor to the current home price boom, particularly entry-level homes,” said Pinto. “Thus, First Time Buyers (FTBs) have been particularly disadvantages. We note that allowing the Patch to expire would reduce pressure on house prices in the near term, and retaining QM’s DTI test would prudently apply countercyclical friction in ‘hot’” housing markets in the future.”

The “Patch” was intended to mitigate recovery problems in the non-qualified mortgage market following the 2008 crisis. The “Patch” established a second QM category for loans that meet other QM requirements but for which the borrowers DTI exceeds 43 percent. This patch has already expired for other lenders, including the FHA, VA, the USDA, and the RHS, and will expire in seven years from the effective date January 10, 2014, for Fannie Mae and Freddie Mac.

Pinto states that the patch should be allowed to expire, due to a number of factors. He notes that the large and long-running housing boom has been supported by rapidly rising DTIs, which have put borrowers at risk. According to Pinto, the GSEs have ignored the intent of the patch, and following the Patch’s expiration, HUD and FHA must take action to better protect consumers.