Black Knight has reported that a record-breaking $4.3 trillion in mortgages was originated in 2020, with $2.8 trillion in refinances–also an all-time high–and $1.5 trillion in purchase loans, the largest annual volume since 2005.

“Roughly 2.8 million homeowners refinanced their mortgages in the last quarter of 2020, which saw a record-breaking $869 billion in refinance lending,” said Black Knight Data & Analytics President Ben Graboske. “Assuming a 45-day lock-to-close timeline, daily rate lock data from Black Knight through mid-February suggests refi activity could remain steady in Q1 2021. Of course, that’s before a recent spike in 30-year rates is expected to begin impacting closed loan volumes in late Q1 or early Q2. Still, by the end of March, another 2.8 million homeowners will have taken advantage of near-record-low rates to refinance their mortgages. It’s important to remember that this would be coupled with a 25% reduction from Q4 2020 in purchase loans as well, resulting in an overall 10% quarterly decline.”

With originations hitting all-time highs across the board in Q4 2020, servicers retained just 18% of the estimated 2.8 million homeowners who refinanced in Q4, the lowest share on record, according to Black Knight. Borrowers seeking refis were retained at a significantly higher rate (23%) than those pulling cash out as part of the transaction (11%).

“With rates on the rise, refinance incentive has been significantly curtailed. Just under 13 million high-quality refinance candidates remain in the market–a nearly 30% drop in just the past three weeks,” said Graboske. “Added to that, retention of what is now a dwindling number of refinancing borrowers remains at record lows, with just 18% being retained by their servicers. Approximately 2.3 million borrowers were not retained in Q4 2020 alone. The current rate volatility serves to underscore the critical nature of both accurate and strategic pricing and advanced retention analytics to help identify borrowers who still have incentive and are out there transacting in the market.” 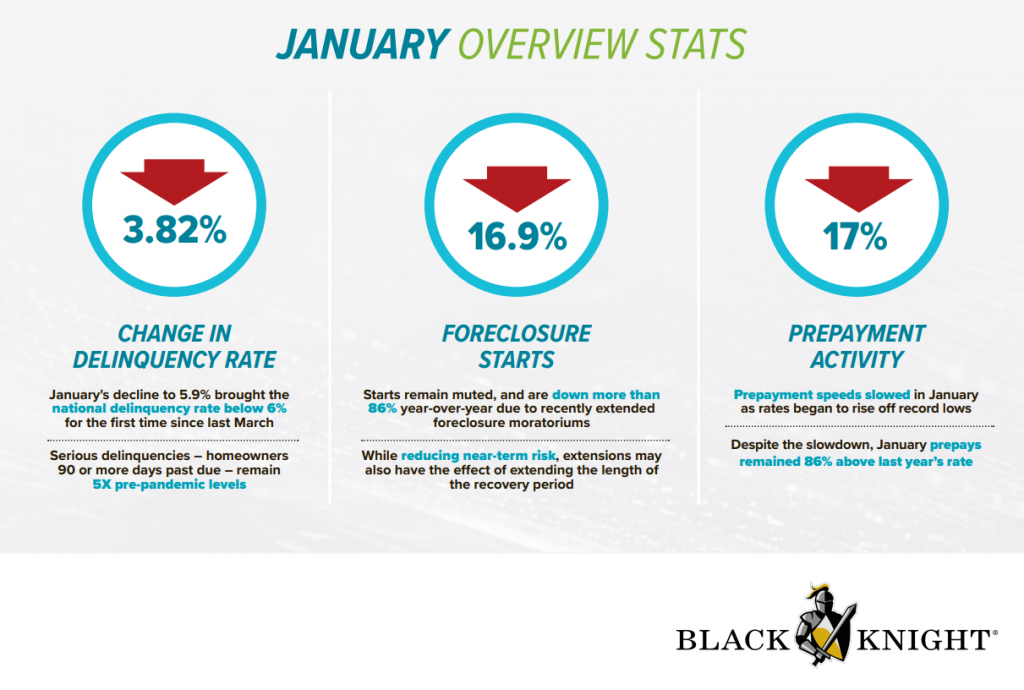 Previous: Turning Around Turn Times
Next: At What Point Will Rising Rates Significantly Impact Homebuying?