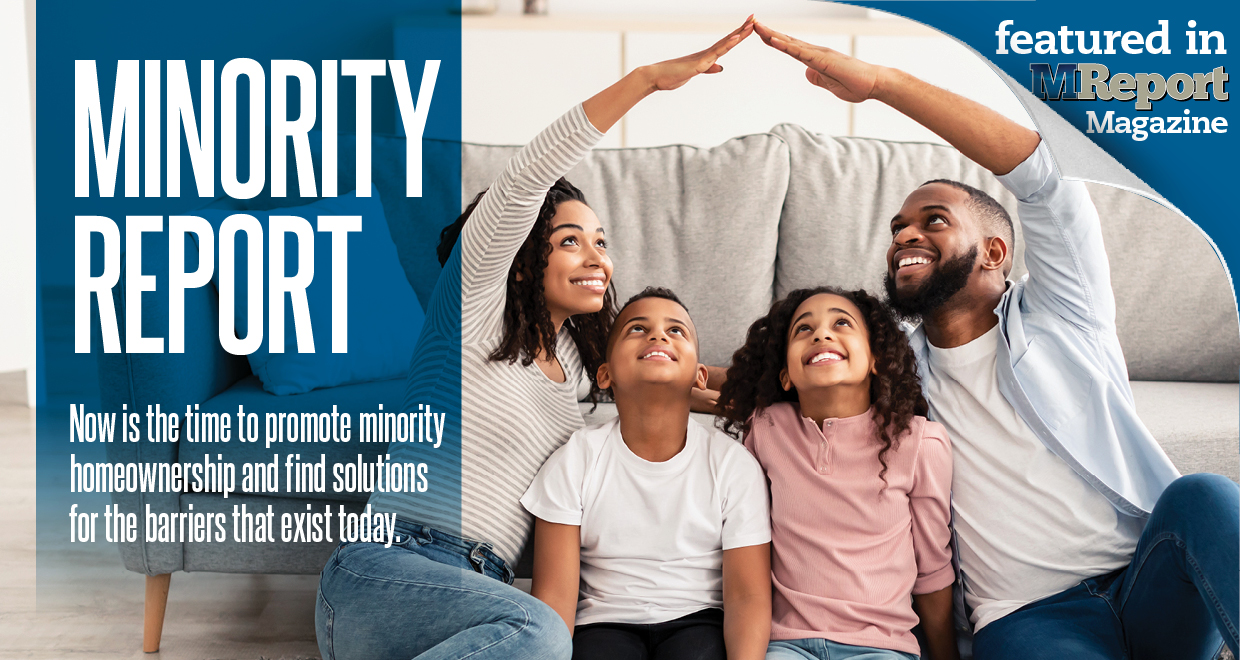 This piece originally appeared in the March 2022 edition of MReport magazine, online now.

The wave of refinancing that drove mortgage market volumes over the last two years is quickly abating as the threat of rising interest rates looms.

It goes without saying that in such a market climate, loan officers will have to pivot their attention to the purchase market.

Of course, that’s easier said than done, but here’s a quick roadmap that lenders should also be considering as they shift their attention to a new buyer demographic.

Shifting Demographics
Consider this: Latinos are the only demographic in the United States to increase their rate of homeownership for each of the past six years, according to the National Association of Hispanic Real Estate Professionals’ (NAHREP) analysis of the 2021 homeownership data from U.S. Census Bureau’s Current Population Survey/Housing Vacancy Survey.

The data shows that Hispanic households saw an upward trajectory in 2021 despite facing one of the most difficult housing markets for first-time homebuyers in history. In 2021, the Hispanic homeownership rate increased to 48.4%, adding a total of 657,000 new Hispanic owner households since 2019. Additionally, Hispanics added 1,025,000 net new households, accounting for 27% of household formation growth over the last two years.

More than half of homeownership growth over the past decade has come from the Latino population—and there’s so much potential for future growth. In our own recent, in-house analysis, we delve deeper into the numbers in creating a clear outlook for this kind of lending in 2022.

The age structure of the Latino population—which, at an average age of about 29 years old is approximately 14 years younger than the general population—is one of the most significant contributors to the strong growth in the homeownership rate, according to NAHREP. In 2020, nearly half (43.6%) of Latino homebuyers were under the age of 34, compared with 37.3% of the general population.

Today, nearly one in three Latinos is currently in the prime homebuying years (25-44), according to U.S. Census Bureau data.

This demographic shift shows that net growth in the number of

There’s no denying that tapping into this homebuyer base is essential for loan officers to succeed. But here’s the problem: although the Census Bureau’s Current Population Survey/Housing Vacancy Survey shows that while Latino homeownership gains were positive, they still trail gains in the overall market.

Overcoming Homeownership Obstacles
Despite the business potential, the fact is that Latinos continue to face critical roadblocks to homeownership. Latinos purchase homes with an average down payment of 3.5%, and have a median credit score of 668 and median debt-to-income ratio of 41%—a borrower profile that may make them more vulnerable to mortgage underwriting standards cut-offs and changes, according to the NAHREP study.

Latinos are, as a result, more than twice as likely to use FHA loans to finance their mortgages, compared to their non-Hispanic white counterparts. In 2020, they accounted for 10.7% of all conventional loans. While FHA financing allows for lower down payment options, the loans can be more expensive. On top of requiring private mortgage insurance, Latinos paid an average of 90% more in closing costs for an FHA loan versus those of conventional loans, according to the report.

Additionally, this segment of the U.S. population is overwhelmingly concentrated in the areas of the country with the most acute housing shortages. The lack of affordable housing inventory remains the No. 1 barrier to advancing sustainable Hispanic homeownership, according to the NAHREP report.

The U.S. housing market is undersupplied by about 5.2 million single-family homes because of years of underbuilding since the 2008 financial crisis. However, supply chain issues are slowing down efforts to get new homes on the market. Homebuilders were facing headwinds even before the pandemic—mainly a lack of construction workers and a lack of available plots to build on—and the pandemic has only exacerbated those problems.

The real estate industry lacks representation and a diversity reflective of its consumer base, and Latinos remain the most underinvested demographic today. Now is the time to promote minority homeownership and find solutions for the barriers that exist today. There is a significant need to eliminate the racial inequalities that have plagued our communities for generations.

What steps should the industry take to align its strategy and recruiting to these dramatic demographic shifts? My five recommendations (which include some ideas from the Urban.org analysis) is that the administration and the industry need to work together to:

Increasing the minority homeownership rate can transform the financial well-being of millions of Americans and their future generations.

Data shows that Latino homeowners have 28 times the wealth as Latino renters—$171,900 versus $6,210. This is in line with Black homeowners’ versus renters’ wealth too. In the current housing environment, it might be a good idea for loan officers to advise their borrowers to buy rental properties to increase their wealth because of expected rental growth. According to Urban.org, renter growth will be more than twice the pace of homeowner growth from 2020 to 2040.

The bottom line is that increasing purchase business for this growing demographic of buyers means that lenders and real estate professionals must educate Latinos about the value of homeownership—not just as a roof over their heads but as a sound financial investment to build generational wealth.

2022-03-08
Eric C. Peck
Previous: California Homes Selling Six Figures Above Asking Price
Next: What Impact Could Russia Sanctions Have on the Housing Market?

Shashank Shekhar is an Amazon.com No. 1 best-selling author and the CEO of digital-first mortgage lender InstaMortgage, one of the fastest-growing private companies in America. He is frequently quoted in national media for his mortgage expertise. Shekhar has been named as one of the “most influential” and “most connected” mortgage professionals in the country.