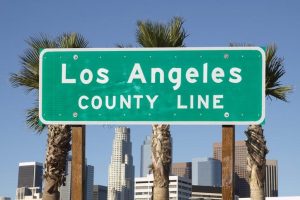 Homebuyers are willing to pay more in attempts to beat out other bidders competing for the short supply of homes on the market. January was the most competitive month on record, with 70% of home offers written by Redfin agents facing bidding wars. As a result of fierce competition, the median home-sale price rose 14% year-over-year to $376,200, falling short of the all-time high.

Many buyers of homes that closed in the beginning of 2022 were rushing to take advantage of 3.1% December mortgage rates before they started to rise. The average 30-year rate was at 3.76% for the week ending March 3, down from the February peak but still substantially higher than the record lows recorded last year.

“The housing market was in a frenzy in the beginning of 2022, with buyers competing for a limited supply of homes and sellers reaping the rewards of bid-up prices,” said Redfin Deputy Chief Economist Taylor Marr. “Buyers are likely to face strong competition at least through the next few months as demand is buoyed by the temporary drop in mortgage rates fueled by the Russian invasion of Ukraine. But bidding wars may ease a bit by summer as more new listings come on the market and mortgage rates resume their rise. Homes are still likely to sell above list price, but the premiums will probably be lower.”

Six of the top 10 metros where homes are selling for six figures above list price are in California. The Los Angeles metro area led the way, with 718 homes selling for at least $100,000 over asking price, more than any other major metro, and up from 273 a year ago.

Los Angeles has the most homes selling substantially above list price, as the state is already one of the most expensive to live in, and partly because it has more home sales than almost all other major metros. Home prices rose 15% year-over-year in January to a median of $825,000, making it the second-most expensive place in the U.S. to buy a home, after the Bay Area.

“On top of a lack of homes for sale, which makes everything a hot commodity, buyers are just plain eager,” said Los Angeles Redfin agent Sylva Khayalian. “They’re anxious to purchase a home ASAP because as rates rise, they won’t be able to afford the homes they’re looking at now and they’ll soon have to drop into a lower price range. People are willing to bid up home prices because they want to be done with their search.”

To view the full report, including charts and a full metro-level breakdown, click here.