First-Time Homebuyers Shut Out by Affordability 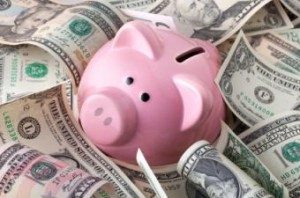 The housing market was turned upside down over the past year, as the pandemic gripped the nation and brought with it, a world of question marks.

NerdWallet took a look at home affordability for first-time buyers in Q4 of 2020, and found that homes remained unaffordable across most of the 50 largest metropolitan areas, despite list prices falling just slightly compared to Q3 2020. Short supply and high demand remained the trends in the market, with the lone exception being the San Francisco market.

Despite record-low rates, first-time buyers typically have tighter budgets than repeat buyers, yet accounted for approximately 31% of Q4 home sales nationwide, according to the National Association of Realtors (NAR).

A very slight seasonal Q4 price dip led to increased affordability in some metro areas. Homes were listed at five times first-time buyer income, on average, among the 50 largest metro areas, compared with 5.2 times their income in Q3 of 2020. Generally, a price point three times a buyer’s annual income is the benchmark when shopping.

Nationwide, homes were listed at 4.7 times the median first-time buyer income in Q4.

Winter storms played a role in Q4 home search, as the Northeast and Texas were hit with snow, thus restricting sales and home searches.

In Q4, of the 50 metros analyzed by Nerdwallet, 37 metros saw list prices either remain the same or decrease quarter-over quarter. Four metros saw prices fall 10% or more from the third quarter: Buffalo, New York by 10%; Louisville, Kentucky by 12%; Cleveland by 13%; and Milwaukee by 15%. Nationwide, list prices fell just 1% from the Q3 to Q4 2020, and 2%, on average, across the largest metro areas.

Housing inventory remained an issue nationwide throughout 2020, down 12% in Q4 from Q3 among the most populous metros, on average, and down 13% nationally. Six metro areas experienced year-over-year inventory decreases of more than 50% in the fourth quarter: Riverside, California. fell 55%; Salt Lake City fell by 53%; Providence, Rhode Island slipped 52%; Baltimore fell 52%; Austin slid 52%; and Memphis, Tennessee Declined by 51%.

The exception to this was the San Francisco metro market—traditionally one of the most competitive markets—as the only metro where inventory increased in Q4. However, the 6% year-over-year gain doesn’t tell the entire story. San Francisco’s increase can be explained by a single month, December. Compared with December 2019, listings were up 28% in 2020, an increase that impacted the quarterly average (listings were down 4% in October and up a more modest 5% in November, the other two months of the quarter).