Home >> Daily Dose >> Housing Policy and the Race for the Presidency 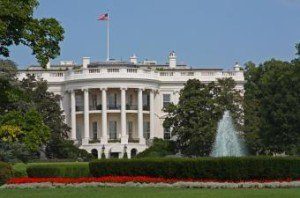 According to presidential candidate Joe Biden, the answer to convincing black voters to make a change to racial inequity is housing. As Curbed notes, Biden and fellow candidate Bernie Sanders each plan to address housing equality, but according to Jenny Schuetz, an urban economist at the Brookings Institution, their strategies do diverge.

“There’s a decent amount of overlap between Biden’s and Sanders’s housing plans, but the two biggest differences between them point toward their appeal in different states,” she tells Curbed. “It’s not hard to see Sanders’s antagonism to for-profit landlords playing well in California, and Biden’s attention to racial disparities appealing to black voters across the South.”

Biden’s plan would invest $640 billion over 10 years, to allow Americans to have access to affordable housing.

According to a release, Biden plans to end redlining and other discriminatory and unfair practices in the housing market, provide financial assistance and down-payment assistance, increasing the supply and lowering the cost of housing, and pursuing a “comprehensive approach” to end homelessness.

The plan says Americans should have access to housing that takes up no more than 30% of their household income.

Sanders similarly focuses on renters, with a plan to address discrimination—the word appears seven times in his plan. His plan aims to attack that inequity by going after bad-actor landlords and speculative developers. Sanders also obtained key endorsements from housing advocates, including the influential People’s Action, authors of the Homes Guarantee initiative to make housing a right, which Sanders references in his plan.

Sanders also proposed a 2% tax on empty homes and a 25% tax on speculative homebuying in which someone sells a non-owner-occupied home within five years of purchasing it. While well-intentioned these taxes could have a negative impact in a troubled housing market. For example, a tax on empty homes in a downturn could lead sellers to sell quickly at lower prices, “thus exacerbating declines in housing prices,” the researchers say. Similarly, while discouraging “paint and flip” sales, the researchers say the tax on speculative homebuying would also “discourage sales of the large inventory of investor-owned homes to renters or other homebuyers at prices that reflect the value of improvements at a reasonable profit.” They would also discourage investors from stepping in and “stabilizing downward-spiraling house prices.”

2020-03-10
Seth Welborn
Previous: Barriers to Reverse Mortgages in the U.S.
Next: Financial Industry Reacts as Coronavirus Officially a Pandemic