Home >> Daily Dose >> After Week of Declines, Mortgage Rates Back on the Rise

After Week of Declines, Mortgage Rates Back on the Rise 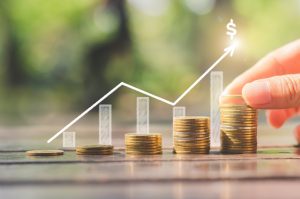 “Following two weeks of declines, mortgage rates rose this week, as U.S. Treasury yields increased,” said Sam Khater, Freddie Mac’s Chief Economist. “Over the long-term, we expect rates to continue to rise, as inflation broadens and shortages increasingly impact many segments of the economy. However, uncertainty about the war in Ukraine is driving rate volatility that likely will continue in the short-term.”

The Bureau of Labor Statistics (BLS) has reported that, over the last 12 months, the all items index increased 7.9% before seasonal adjustment, with increases in the indexes for gasoline, shelter, and food recorded as the largest contributors to the seasonally adjusted all items increase. The BLS’s consumer price index (CPI), a key gauge of inflation, showed price growth speeding up on both monthly and annual basis. 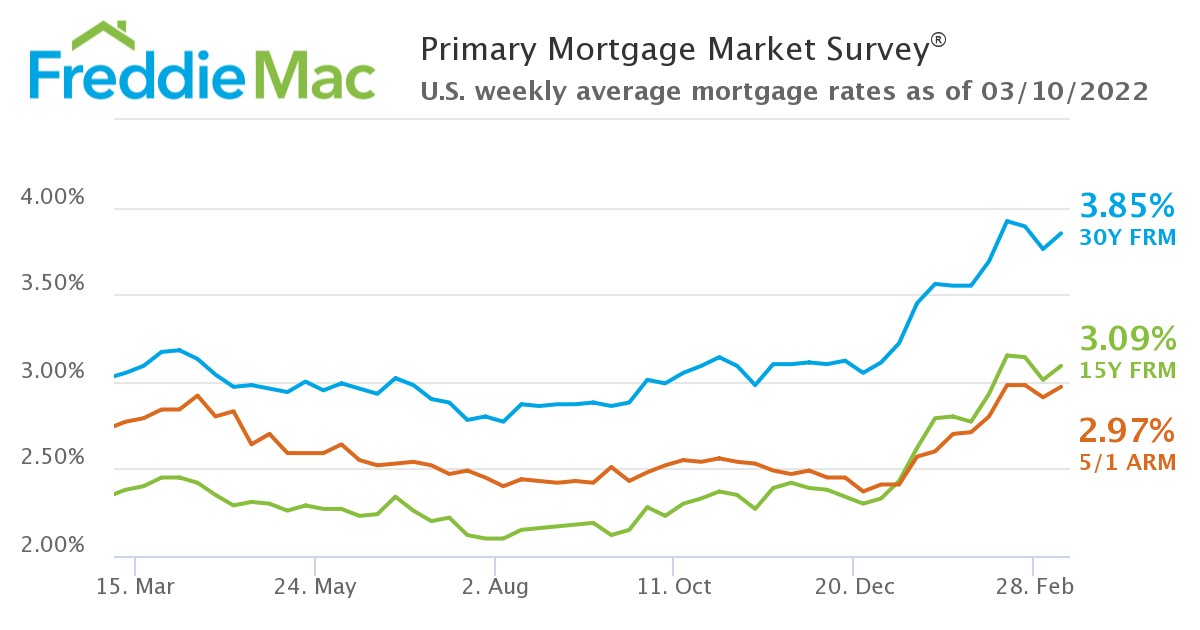 “Investors worried about mounting inflation stemming from a likely ban on Russian oil imports amid a spike in the price of U.S. crude to more than $130 per barrel, the highest point in 13 years,” said Realtor.com Manager of Economic Research George Ratiu. “Inflation continued accelerating in February at the fastest pace in 40 years, sparking broader concerns about a consumer spending pullback in the months ahead. All eyes are on the Federal Reserve meeting next week, as we expect the bank to increase the funds rate. The big question on many analysts’ minds is whether a 25-basis point hike will be enough given the significant shortage of labor and inflation at levels not seen since the 1980s.”

After last week’s drop in rates—the first time in 12 weeks—mortgage application volume rose 8.5% week-over-week, according to the Mortgage Bankers Association (MBA). The decline in rates spurred back on refis, as the MBA’s Refinance Index rose 9% over the previous week, and was 50% lower than the same week one year ago. Overall, the refinance share of mortgage activity decreased to 49.5% of total applications from 49.9% the previous week.

“Real estate markets are experiencing accelerating prices, tight inventory and faster sell times, even before the spring season gets underway,” added Ratiu. “Realtor.com’s latest weekly data highlights the competitive landscape, with homes selling in 47 days or less, the fastest monthly pace on record, even before the pandemic. In turn, listing prices have once again hit new record highs, raising fresh concerns for buyers feeling squeezed by higher interest rates and inflation. At today’s rate, the buyer of a median-priced home is facing a mortgage payment about $290 per month higher than a year ago. With not enough homes for sale both first-time buyers and homeowners looking for a trade-up home are locked in place by surging prices and higher interest rates. The real challenge for Americans is that the high inflation is eating away at the growth in wages and salaries, on top of spiking housing and living costs.”

Those accelerating prices are pricing many out of the market, with Redfin reporting a record 8.2% of U.S. homes were valued at $1 million or more in February—up 4.8% from the outset of the pandemic. San Francisco’s Bay Area led with nearly nine out of 10 properties in both San Francisco and San Jose falling into the $1 million-plus category.

And despite rates still no hitting the 4% mark, many continue to simply be bogged down by affordability issues and out of the buyer’s marketplace.

“The surge in housing values has turned many homeowners into millionaires, but has pushed homeownership out of reach for a lot of other Americans,” said Redfin Deputy Chief Economist Taylor Marr. “Incomes have increased, but not as fast as home prices, which means many people are stuck renting or have to move somewhere more affordable if they want to buy a home.”