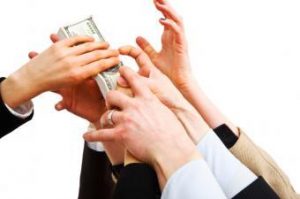 Consumer demand in Q1 was mixed compared to Q4 of 2020, depending on the loan type and timeframe. Reported purchase mortgage demand over the past three months fell for GSE-eligible and government loans, but remained flat for non-GSE eligible loans. However, looking ahead to the next three months, purchase mortgage demand expectations rose substantially across all loan types compared to the prior quarter. For refis, most lenders reported that consumer demand fell over the previous three months across all loan types, but reported slight growth expectations for the next three months.

“Despite continued strong expectations for purchase mortgage demand moving forward, many lenders are signaling caution about their profitability and market competitiveness," said Doug Duncan, Fannie Mae Senior Vice President and Chief Economist. “This quarter, the largest net percentage of lenders in the survey history are expecting a decrease in their profit margin outlook. Those who expected a lower profit margin cited competition from other lenders as the primary reason, reaching a survey high last seen in Q1 and Q2 of 2018, while a market shift from refinance to purchase was cited as the next biggest reason for the first time since Q4 2019.”

In terms of new homes sales, lenders reporting demand growth over the past three months fell from last quarter for GSE-eligible and government loans; however, for GSE-eligible loans, it reached the highest reading for any first quarter in the survey’s history (since Q1 2014).

Tight inventory continues to be an issue, as many first-time homebuyers are being priced out due to affordability.

For refinance mortgages, the share of lenders reporting demand growth over the prior three months decreased significantly across all loan types from last quarter, reaching the lowest level seen since Q2 of 2019.

“Compounding their profit margin concerns, lenders also reported a slow pace of refinance demand,” continued Duncan. “With a modestly higher interest rate forecast, we expect refinance activity to gradually wane. The recent rise in the 10-year Treasury yield is putting some upward pressure on mortgage rates. Some lenders commented that for now they are willing to absorb some of these costs to maintain volume. However, in the longer term, continued upward pressures on interest rates would likely dampen home sales and mortgage originations as lenders raise mortgage rates. This, in turn, might push lenders to reduce their production capabilities.”

As Duncan mentioned a dampening on home sales, Redfin’s recent breakdown of 400-plus U.S. metro areas for the period ending February 28 found that the median home-sale price increased 16% year-over-year to $323,600, an all-time high.

The number of lenders reporting easing credit standards over the prior three months across all loan types has continued its upward trend, after reaching a survey low in Q2 2020, to a generally neutral stance. The Mortgage Bankers Association (MBA) has reported that its Mortgage Credit Availability Index (MCAI) remained stable month-over-month in February, unchanged at 124.6. A decline in the MBA’s MCAI indicates that lending standards are tightening, while increases in the MCAI indicate that credit is loosening.