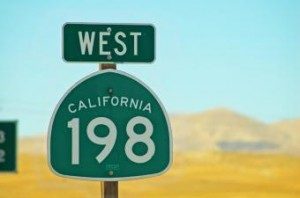 California home sales are lagging behind, according to a recent report from Corelogic. The report found that home sales in the state fell to their lowest level in January 2019 for that months in 11 years. CoreLogic notes that buyer concerns such as affordability constraints, stock market volatility and the federal government shutdown may have all contributed to January’s 15 percent year-over-year sales decline.

January 2019’s 15 percent decline is a smaller decline than January 2018’s 19 percent, though CoreLogic notes it is still one of the biggest year over year declines within the past five years. California’s median sale price hit an all-time high of $500,000 in June 2018, and in January 2019, the median price paid for all new and existing houses and condos sold statewide in was $455,000. According to the report, when adjusted for inflation the median has not returned to its pre-housing-bust peak in March 2007, and the January 2019 median was 20.8 percent below that peak.

The nine-county San Francisco Bay Area saw similar changes. The region saw 3,857 new and existing houses and condos sold in January 2019, a 14.9 percent decline year over year, while the median sale price in the area was up 2.2 percent year over year, to $730,000.

CoreLogic notes that some of the state’s more affordable inland counties logged annual gains in total sales or relatively small annual declines in January 2019. Examples include Butte, Yuba, Shasta, and Fresno. Other inland counties, however, experienced changes comparable to coastal regions, such as Stanislaus, Sacramento, Riverside, Solano, and San Bernardino. Each of these inland counties saw declines between 13 and 23 percent.

Previous: Housing Market “a Wreck,” Says Economist
Next: Here Are the Top Small Towns To Live In