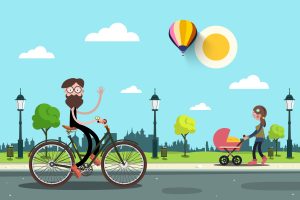 Big cities tend to take the spotlight in most housing indices, and naturally, they tend to offer shorter commutes for many and plenty of amenities. However, small towns are beginning to attract new residents. In 2017, populations in small towns grew for the first time in this decade, according to Realtor.com’s assessment of U.S. Census data.

The towns that made the list had reasonable home prices, low unemployment rates, low violent crime rates and property crime rates, high housing affordability, home price appreciation over the past two years, and a little “something extra” as Realtor.com [1] put it. In addition to the favorable statistics, the towns in the top 10 have unique character.

Here are the top 10 small towns to live in and their median home prices:

Not only is No. 1 town, Boone, Iowa, picturesque with its main street, Story Street, lined with friendly storefronts adorned with flower baskets and historic homes with large front porches available for just $100,000, but it also offers one of the highest median incomes in the state at $57,906.

No. 2 on the list, Van Wert, Ohio, has the lowest median home price of the top 10 as well as several amenities not every small town has, such as a civic theatre and art center, as well as a Main Street with storefronts from the 1950s.

Two hours from Indianapolis, Decatur, Indiana has a unique vibe that is attracting homebuyers in their 20s. Small homes can go for just $70,000, and some older neighborhoods are currently being revitalized. The town’s Callithumpian Festival takes Halloween to a new level with zombie walks, a haunted wagon tour, and more.

Visit Realtor.com [2] for a more in-depth look at their analysis.