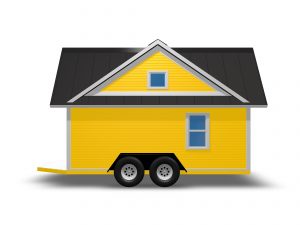 A new report from moveBuddha has found that, in 2020, small cities became a big attraction for those on the move.

With remote work on the rise, more Americans are opting for comfort and luxury over commuter time, as a January Gallup poll found 48% of Americans interested in moving to a small town or rural area.

Using proprietary data from moveBuddha’s Moving Cost Calculator, Author Joe Robinson determined which small cities in the U.S.—defined as those with a population ranging from 5,000 to 50,000—were most searched as moving destinations in 2020.

Topping the list of small town destinations most popular among movers was Naples, Fla. with a population of just 22,088, Naples-bound homebuyers saw a bargain market, with homes listing for a median sales price of $107,013.

Rounding out the top 10 small town destinations for movers:

Some of these destinations sit on the outskirts of sprawling cities, such as Katy, Texas, just west of Houston, while others are beachside paradises (Myrtle Beach, S.C., and Naples, Fla.). Of note, of the 100 on the list, 23 of these small cities were located in the Sunshine State.

A Pew Research survey conducted in February found that as 2020 progressed, a majority of 28% cited “Risk of COVID-19” as their most important reason for moving, whereas in November, 33% of Americans stated “Financial Reasons” were their primary motivation.