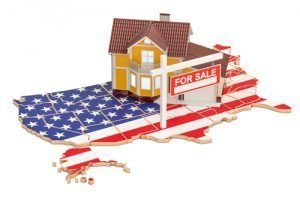 Those searching for a home in a nearby neighborhood tend to have different preferences than those searching from afar, according to new insights from Trulia.

The big caveat to Trulia’s research is that online searches are not always indicative of purchasing decisions. Sometimes people search for dream homes well out of their price range or conduct searchers out of plain curiosity.

“Browsing seaside mansions may be a simple pastime for many, with no actual intent to buy,” said Alexandra Lee, Housing Data Analyst for Trulia’s Housing Economics Research Team on Trulia’s blog. “Indeed, many metros where we see a positive relationship between ZIP prices and outside searches feature neighborhoods famous for their opulence.”

Regardless, Trulia found those conducting online searches for homes in San Jose and Orange County who lived far away tended to look at expensive neighborhoods, and while some may be just browsing dream homes, Lee also noted that non-locals tended to come from expensive metros such as New York and Los Angeles.

A little farther south in the San Jose area, locals searches accounted for 85.9 percent of all searches in ZIP code 95023, where the median home value is $529,000.

On the other hand, Wichita, Kansas, one of the least expensive metros in the nation, demonstrates the opposite trend. Non-local searches for Wichita homes tended to come from Kansas City, Chicago, Oklahoma City, and St. Louis, which according to Trulia are “all markets that are more expensive than Wichita, but also still relatively affordable to the median household.”

These home searchers tended to search in the most affordable Wichita neighborhoods, while local searchers looked toward more expensive areas, perhaps hoping to move up.

The exception to the rule Trulia found was commuter towns. For example, Lake County-Kenosha County, Illinois-Wisconsin is close enough for a commute to either Chicago or Milwaukee. In this market, local searchers sought out lower-priced areas such as Waukegan, while outside searchers tended to look toward Lake Forest, one of the pricier areas.

Previous: Lender Profits Looking Up
Next: Eye on the Industry: Updates on Black Knight, TRK Connection and More …