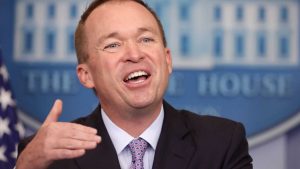 On Wednesday, the Consumer Financial Protection Bureau issued a Request for Information (RFI) on adopted regulations and new rulemaking authorities provided by the Dodd-Frank Act.

In particular, CFPB Acting Director Mick Mulvaney called for evidence to ensure that the Bureau is “fulfilling its proper and appropriate functions to best protect consumers.”

This is the eighth RFI that the Bureau announced, and in the coming weeks, the industry can expect to see similar RFIs requesting feedback on inherited rules; guidance and implementation support; consumer education; and consumer inquiries.

In January, Mulvaney sent a 1,118-word mission statement to CFPB staff outlining his vision for the agency and asking the Bureau to be run with “humility and prudence” and no longer “push the envelope.”

“In 2016, almost a third of the complaints into this office related to debt collection. Only 0.9 percent related to prepaid cards and 2 percent to payday lending. Data like that should, and will, guide our actions,” Mulvaney wrote at the time.

The Bureau anticipates the RFI to be published on March 19, and the comment period will open at that time. In addition to the most recent RFI, the Bureau is still accepting comment on its rulemaking processes, reporting practices of consumer complaint information, external engagement, supervision program, and more.

To learn more about this call for evidence, click here.

Previous: New Construction Was Solid Last Year, But Not Everywhere
Next: Family Over Location for Millennials